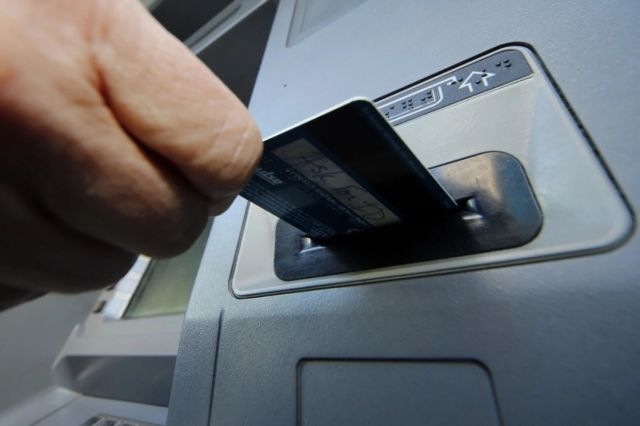 All Philippine banks must complete the migration to new chip-based technology by end of this year. (AP PHOTO)

All banks are expected to comply with a government directive to switch to chip-based credit and automated teller machine (ATM) cards by the end of this year, an industry official said.

EMV, which stands for Europay, MasterCard and Visa which developed the technology,  is a global standard for credit and debit payment cards based on chip card technology. It is aimed at reducing the number of ATM or credit card scams.

Eleccion, who is the relationship manager for Bank of the Philippine Islands (BPI), said the switch to EMV chip card technology will be costly. But banks are aware that this is for the safety of their clients.

“So far, all banks are complying with the mandate,” Eleccion said.

He said all credit cards are already using microprocessor chips instead of magnetic strips. The switch was completed by the end of last year.

No card fraud cases were reported to the organization during the holidays, Eleccion said.

Three Romanian nationals were earlier arrested and deported after they were caught withdrawing cash using ATM cards that they had hacked.

Eleccion said the banks have been closely monitoring their ATMs to prevent similar cases.

Meanwhile, Eleccion said they have continued to encourage clients and non-clients to have their New Design Series (NDS) banknotes exchanged to New Generation Currency (NGC) banknotes.

Effective January 1 this year, the old banknotes can no longer be used as payment for goods and services, but can still be exchanged for NGC bank notes at the BSP or in any bank until December 31 this year.

By January 1, 2017, the NDS bank notes will no longer have value and will have been completely demonetized.

Eleccion said banks have been encourage to serve even non-clients.

“We in the banks are the arm of the BSP. Even if you have no account with us, the public can go to banks for the exchange. Not only is it our responsibility, it is also mandated by the BSP,” he told Cebu Daily News.

The public can go directly to the bank counter and have their notes exchanged. No forms need to be signed, and the banks will exchange the exact value of the old bills with no extra charges.

Eleccion also said that BPI and other banks have discontinued the circulation and release of the old bank series since last year.

“In that way, we can also gather the old bank notes for turnover to BSP,” he said.

As of November 30 last year, only around 16 percent or some 432 million pieces of NDS notes were in circulation nationwide.