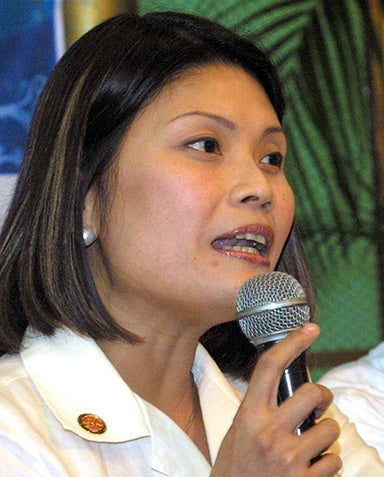 For allegedly failing to file Statements of Assets, Liabilities and Net Worth (SALN) for two consecutive years, the mayor and vice mayor of Sogod town are facing complaints before the Office of the Ombudsman.

Former Sogod vice mayor Dean Dosado filed a complaint for violation of the Code of Ethics and Ethical Standards for Public Officials and Employees and Article XI, Section 17 of the 1987 Philippine Constitution against Mayor Lissa Marie Durano-Streegan and Vice Mayor Richard Streegan.

Dosado filed his complaint before the Office of the Ombudsman in the Visayas last January 21, Thursday.

“As a taxpayer, I have to know whether they followed the law,” Dosado told Cebu Daily News in a phone interview yesterday.

On November 13, he requested the office of Mayor Streegan for a copy of the SALNs and was told, in a letter by Personnel Designate Cleofe Maningo, that the copies were unavailable since these were already sent directly to the Office of the Ombudsman.

Based on a letter submitted by the Office of the Mayor to the Ombudsman in 2014, the Streegans were not in the list of municipal officials and employees who submitted their 2013 SALNs.

Dosado said the alleged failure of the two officials to file their SALNs showed a “clear violation of the law.” Section 17 of Art. XI of the 1987 Constitution states that a public officer or employee shall, upon assumption of office and as often thereafter as may be required by law, submit a declaration under oath of his assets, liabilities, and net worth.”

The same obligation is also included in the provisions of R.A. 6713.

Dosado, who served as vice mayor from 1998 to 2001, is running for town mayor under the Garcia-led One Cebu Party this year.

The Streegans, on the other hand, are allied with administration-backed Liberal Party (LP) and will be seeking reelection.

“People will accuse me that this is politically motivated, but I will take a risk. These officials should be held accountable for not following the law,” he said.

In a separate interview, Mayor Streegan said what Dosado alleges is impossible.

“Although I cannot make a full comment yet since I haven’t received a copy of the complaint, all I can say is that it’s impossible,” she said.

Streegan said both she and her husband filed their SALNs and that they even have a received copy from the Office of the Ombudsman.