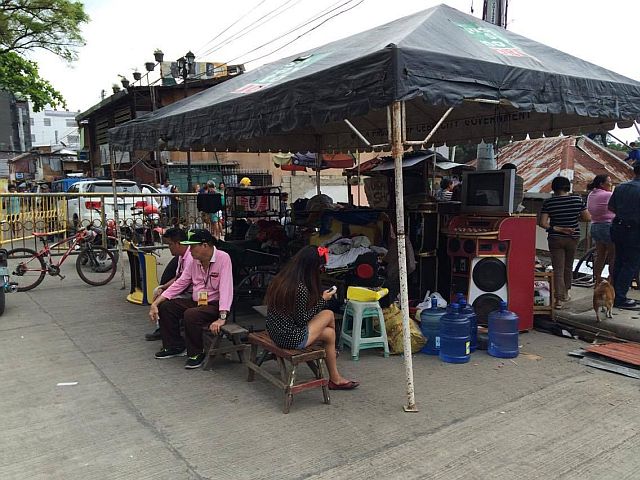 Tents were set up at Sitio Sta. Cruz, Barangay Capitol Site, Cebu City as temporary shelter for those families whose homes were included in the demolition. (CDN PHOTO/MARC ERIC COSEP)

THE settlers who previously stood up against the demolition team in sitio Sta. Cruz, barangay Capitol Site, Cebu City had packed their belongings and left their homes at 9 a.m. Thursday.

Most of the 40 families whose homes were destroyed on Wednesday crowded a tent which Barangay Capitol Site chairman Manuel Guanzon set up in a portion of M. Velez Street.

Others opted to set up makeshift tents.

Guanzon said he will add three more tents today to accommodate 10 families whose houses were also demolished as of 11 a.m. on Thursday.