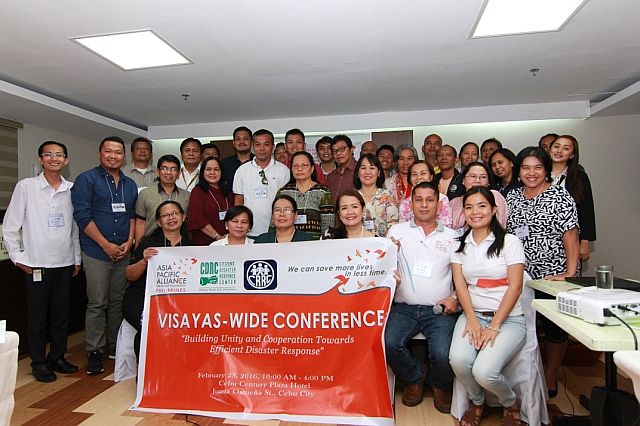 Participants to the conference take time out for a photo opportunity. (CONTRIBUTED)

THE Asia-Pacific Alliance for Disaster Management (A-PADM) held a Visayas-wide conference that was attended by business groups, members of the academe, civil society organizations and government agencies from the different regions of the Visayas last Feb. 23 at the Century Plaza Hotel in Cebu City.

With the theme “Building unity and cooperation towards efficient disaster response,” the conference called on the participants from the different sectors to collaborate for disaster response.

Problems encountered during the conference was the lack of communication and coordination among the responders. For it to be addressed, the A-PADM recommended the creation of a coordinating body represented by different stakeholders that will plan in systematizing disaster efforts. A series of consultation meetings will be done after the conference.

A-PADM is a transnational aid alliance and a platform that works to facilitate cooperation and understanding among governments, private companies and NGOs in the Asia-Pacific region for the purpose of delivering efficient and effective disaster response.

Read Next
Operation Smile to open regional hub in Cebu