I met Marian Villagonzalo Batiquin a year ago, when she personally delivered my order of two dozens each of salted duck egg and “balut”  (incubated duck egg with 17 to 19 days developed embryo). Her salted eggs were exceptionally good with just the right balance of saltiness and oiliness of the yolk. The balut was just as good.

The preference is usually  “balut sa puti,” where a portion of the white is still a part of the egg that serves as food for the embryo. Our meeting was brief but there was something remarkable about her that caught my interest. I wanted to know more about her and her then fledgling duck business.

The best salted eggs and “balut” actually come from Pateros, Rizal renowned for its duck industry for generations.

Raising mallard ducks or locally known as “itiks” is ideal in bay towns like Pateros that borders the shores of Laguna de Bay where there is abundance of fresh water snails that is a source of natural and nutritious food for the ducks. 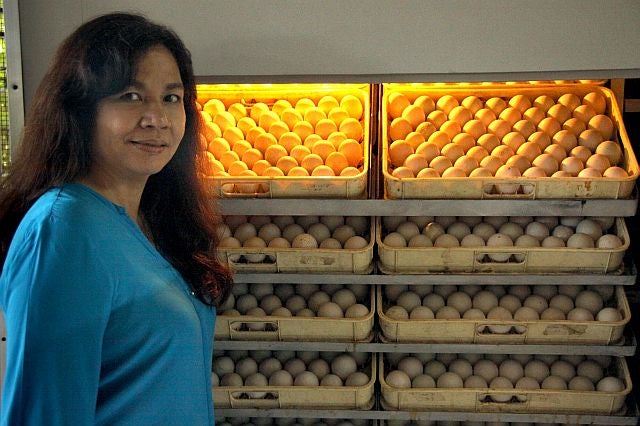 Marian Baitiquin and her duck eggs.

A modest and religious lady, Marian is married to Jose Venancio “Jovy” Batiquin, one of the top executives of the Aboitiz Power Group of Companies.

An accomplished person herself, Marian is a Business Economics graduate of USC who worked for 14 years in RCBC. She is also a Real Estate Broker–“a passive income,” she calls it, since taking life easy now appeals more to her than earning more money. So having a duck farm was farthest from her mind.

In one of her trips to buy fruits at Ramos Market, a man begged Marian to buy his ducks (10 of them) since he needed money for medicines. 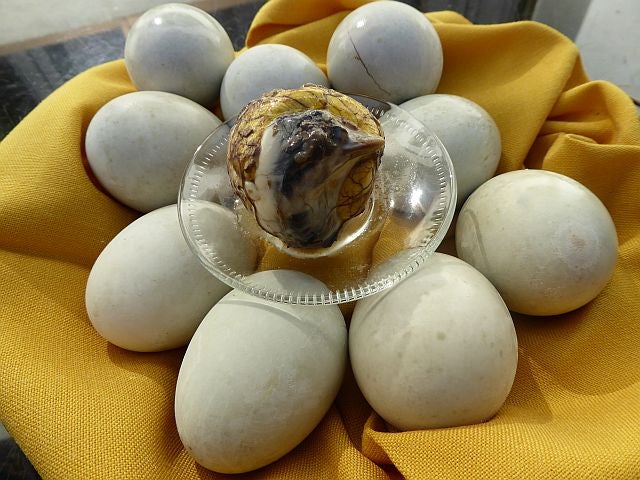 Reluctantly, she bought the ducks for P100 per thinking she has done her good deed for the day. Since her family owned a farm in Sandayong Sur in Danao devoted to coconut trees, the ducks were given a home where they were multiplying faster than Marian can imagine.

Marian had to buy books and research on duck raising.

Unlike chickens, ducks are non-sitters that lay their eggs everywhere so collecting them became a major task. The eggs picked for the week were transported to her home in the city where they were individually sorted out by “candling.” 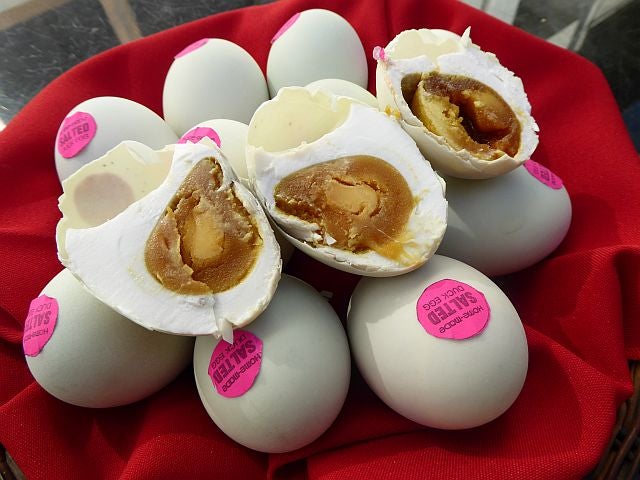 The eggs with embryos or “balut” were incubated. So she started perfecting her “itlog na maalat” using supersaturated salt solution.

Her husband, who is very supportive of her duck endeavor assisted her in the next moves. And since his work involves regular trips to Manila, he even bought incubated eggs for hatching to improve the stock of their native ducks. Since their farm is not a natural habitat for ducks, Marian feeds them with vegetables and duck pellets.

I truly admire how Marian personally handles her growing business.

A blessed Holy Week to all!