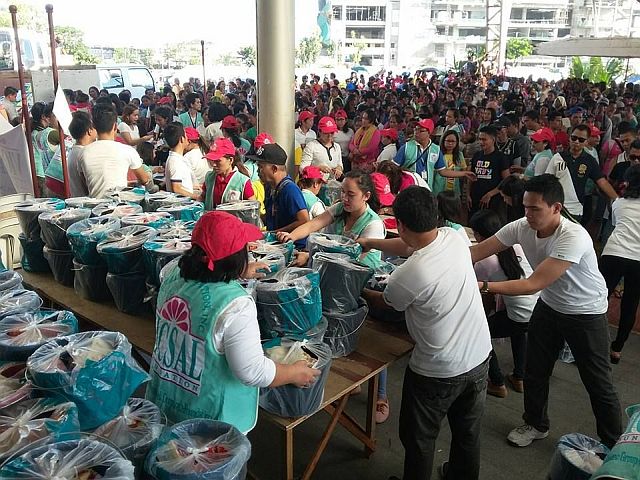 The staff of Vicsal Foundation and Metro Retail Stores Group prepare the pails containing relief goods for distribution to the fire victims at the Cebu International Convention Center. (CONTRIBUTED)

THE Vicsal Foundation Inc. (VSF) and the Metro Retail Stores Group Inc. (MRSGI) recently conducted relief operations for the victims of a fire that razed at least 500 houses in Barangays Guizo and Mantuyong in Mandaue City.

The Vicsal Foundation and MRSGI worked with the Mandaue City government to organize the relief operations at the Cebu International Convention Center (CICC), where most of the affected families are currently being sheltered.

“The welfare of our communities is one of our key priorities, and we are committed to helping them get back on their feet again,” said Rubica.