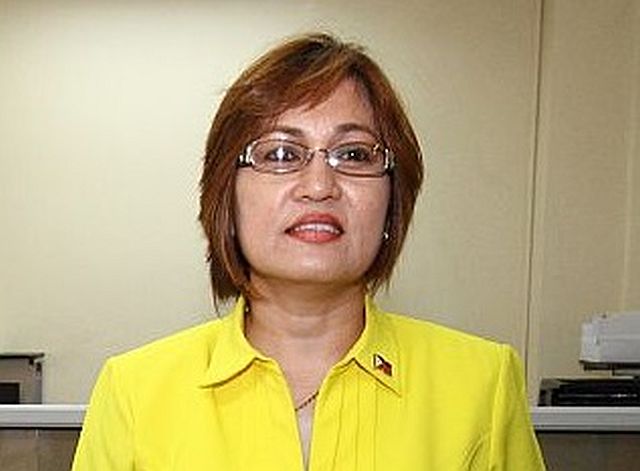 In her complaint filed at the Talisay City Prosecutors’ Office, Castro said Zaballero placed her in a bad light by giving journalists a copy of the resolution issued by Imam Najeeb Razul.

Castro was seeking P3 million in damages from each of the respondents.

Last April 11, Zaballero made public a resolution, which states that the marriage entered into by both Castro and Leodegreco had been found irregular and contemptuous as this stemmed from circumstances “detrimental and inimical to the Muslim community.”

The Imam, who officiated the wedding last August 2015, said Castro and Leodegreco did not attend any Sallah (prayer) and programs of the congregation.

Copies of the resolution were furnished to the National Commission on Muslim Filipinos and the Philippine Statistics Authority in Central Visayas, and the local civil registrar in Cebu City.

Castro said the resolution issued by the Imam is a “mere scrap of paper.”

To prove that her Islamic marriage to Leodegreco is legally binding and valid, Castro said she has a Certificate of Marriage issued by the National Statistics Office.

“Who is she (Zaballero) to make such a pronouncement? As if she is a court magistrate arrogating upon herself the judgement of nullity of marriage,” Castro said.

She said only the court can declare her marriage with Leodegreco null and void.

Castro alleged here was malice, bias, and partiality in CDN’s treatment of the issue as she claimed that a company owned by the Sanchez’s family is an advertiser of the local publication.

Castro and Sanchez got married in an Islamic ceremony at Harold’s Hotel in Cebu City on Aug. 18 last year, a day after Greco was released from drug rehabilitation and treatment.

Greco reportedly converted to Islam so he and Castro could marry.

Greco’s first marriage has not been annulled yet. Castro’s marriage to her first husband, on the other hand, was annulled in 2014.

Greco and Castro parted ways in October 2015. On the same month, Castro filed libel charges against Zaballero for allegedly sending defamatory messages to her.

The complaint was dismissed by the prosecutor.

But Castro elevated the matter to the Department of Justice (DOJ).

Castro is serving a six-month suspension without pay after the Supreme Court affirmed a ruling of the Ombudsman, suspending her for abusing her position.

The anti-graft office earlier found Castro guilty of conduct prejudicial to the best interest of the service for asking the Special Weapons and Tactics (SWAT) to help her brother who complained about a defective vehicle bought in 2001.

The High Court said Castro’s acts send a wrong impression that public officials could use and exploit the police force for their personal interests.

Castro is also out on bail pending resolution of the criminal charges of direct assault and malicious mischief filed in court against her.

She stands accused of allegedly attacking inside the Regional Special Operations Task Group (RSOG) her husband’s live-in partner whom she sued for four counts of libel.