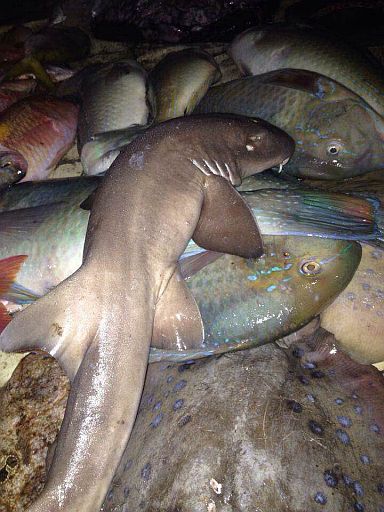 A marine conservation coalition wants the campaign for the protection of thresher sharks to reach global communities.

But in order to declare them as an endangered species, the group has to come up with scientific data to support their campaign.

The Save Sharks Network Philippines (SSNP) is proposing to include thresher sharks in the Appendix II of Convention on International Trade in Endangered Species (CITES) of Wild Fauna and Flora.

For the proposal to be realized, Oposa said it has to be sponsored by the Philippine government, after which countries that are signatories to the international treaty will vote on it during the convention scheduled in September 2016 in South Africa.

Majority of the votes is needed to approve the proposal.

Alan Poquita, assistant regional director of the Bureau of Fisheries and Aquatic Resources (BFAR-7), said marine conservation groups are of the belief that the population of thresher sharks is small, that is why they are putting their efforts at protecting the species.

But he also said there is no scientific data to back this belief.

“If they have their resolution, then we can elevate it to our department. There must also be scientific bases about this,” Bojos told the reporters.
Vince Cinches, Oceans Campaigner of Greenpeace, is happy with the response of the BFAR-7 .

“It’s not just the scientific studies needed but also to establish whether species like thresher sharks are endangered species,” Cinches told reporters.

“While we are pushing for our position at the CITES, we are going to pursue further scientific research to establish regulation mechanisms,” Cinches added.

Most of the thresher sharks in Cebu can be found in Malapascua Island in the town of Daanbantayan in northern Cebu.

Oscar Conje, a former fisherman who is now a deputized Bantay Dagat enforcer and a member of “Migo sa Iho” (Friend of the Shark) in Daanbantayan, also observed that when the protection of the thresher sharks has been intensified, the catch of the fishermen in the town has increased and improved.

This is because by protecting the thresher sharks, illegal fishing has also been stopped, said Poquita.

Tarpaulin signage are also placed in markets, urging the public not to buy shark meat and the meat of other endangered species.

Read Next
No moving on for Marcos