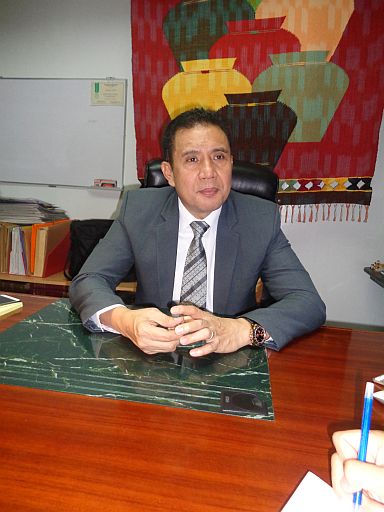 THE camp of Toledo City Mayor John Henry “Sonny” Osmeña is preparing evidence to be used as basis for the possible filing of charges against election officer Michael Sarno after Tuesday dawn’s incident at the Commission on Elections (Comelec) office there.

Lawyer Inocencio Dela Cerna told Cebu Daily News that he will be meeting Osmeña today in Toledo City to get the affidavits of the witnesses but did not disclose their identities or if Roseller Rafols Layan would be one of them.

De la Cerna said they intend to file charges of illegal use of government property in relation to the Anti-graft and Corrupt Practices Act and possible election-related offenses.

“We will know today (who these witnesses are),” he told CDN.

Toledo City Police chief Supt. Samuel Mina said Sarno has been cleared. He said the election officer took nothing from the Comelec Office.

“All movements now might be political but this is an isolated incident. It just so happened that there was malice because of his presence inside the office at past midnight and it was way beyond office hours,” said Mina.

Layan allegedly saw Sarno enter the Comelec office in Toledo City at past midnight last Tuesday and leave with documents which he placed in his car.

Layan alerted the police, whose office was nearby.

Sarno was allegedly “invited” for questioning by the Toledo Police, who also searched his car.

The election officer took offense at the word “detained” used in the headline of yesterday’s issue of CDN, saying it had a “negative” connotation and that he wasn’t “invited” by the police but rather “volunteered” to go with them to the police station.

Comelec Central Visayas Director Jose Nick Mendros was angry over the police action, saying Sarno had every right to be at the Comelec office in Toledo City because it was still his office even if has been temporarily assigned to Cebu City.

Sarno is also an election officer entering an office of the Comelec and his presence should not have been questioned, Mendros said.

Mendros is demanding to know the reason why the Toledo Police held Sarno for several hours.

But Toledo Mayor John Henry “Sonny” Osmeña disagreed with Mendros, saying Sarno no longer had jurisdiction in that office because of his transfer to Cebu City.

“I am disturbed with Sarno’s actions. If he has anything personal in that office, why is he there at 12 midnight?” Osmeña said in a phone internview.

“In 2013, there was an irregularity and it was not properly investigated,” he said.

He said the Precinct Count Optical Scanner (PCOS) machines malfunctioned so that manual counting had to be resorted to.

“I don’t expect this to happen on May 9 because the Comelec office in Toledo City will be heavily guarded. We don’t tolerate any irregularities,” the mayor said.