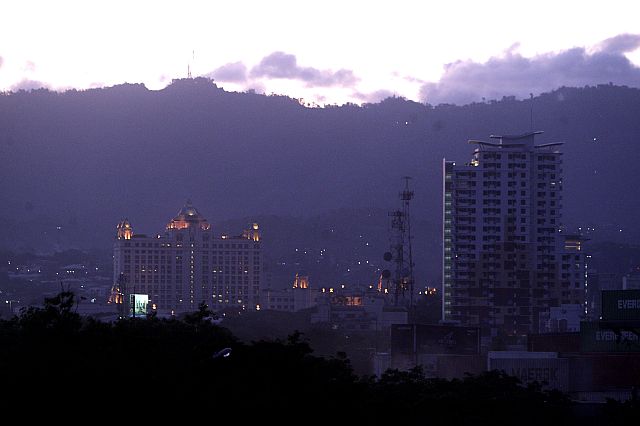 DIRE STRAITS: Cebu City is in the grip of a water supply crisis as the Metropolitan Cebu Water District announces rationing in some areas. (CDN PHOTO/TONEE DESPOJO)

The Metropolitan Cebu Water District (MCWD) has started rationing water in certain areas in Metro Cebu as its supply’s deficit drops further from 20,000 cubic meters to 30,000 cubic meters over the last month.

The daily deficit of 30,000 cu.m. – which is equivalent to 30 million liters or 7.9 million gallons of water – is expected to affect some 31,000 households located at the end of elevated areas, at the farthest end of interior areas and at the end line of MCWD’s clustered distribution systems. These areas will experience shorter service hours.

“In one day, the (affected areas) might just have one or two hours of water supply,” said MCWD public affairs head Charmaine Rodriguez Kara in a phone interview yesterday.

But there were already households in Barangay Carreta in Cebu City that reported to have completely lost their water supply, she added.

With the continued decrease in water supply, she said they expected that more households would experience the same.

Kara said MCWD has also declined to accept applications for new service connections in at least 46 localities within its service area that have been experiencing low to no water pressure.

Kara said the suspension of the applications for new water connections would be in effect until their water supply normalizes.

So far, Kara said, water is now being rationed in Barangay Apas, Cebu City, which means that the area will have water supply at specific hours, to enable residents to store water enough for a whole day’s use.

MCWD, meanwhile, reiterated its advisory to affected barangays in the cities of Cebu, Talisay and Lapu-Lapu and the town of Liloan to continue storing water during off-peak hours from 10 p.m. to 5 a.m.

Kara said they could not give an exact estimate of the number of households affected but she said that the average consumption of a Metro Cebu household is about 0.8 cu.m., which means that about 31,000 of MCWD’s 170,000 service connections have been affected by the drop in supply.

When asked about the average number of hours a certain area would experience loss of or reduced water supply, Kara said: “I can’t give an estimate because it will depend on the usage of other consumers. The heavier the usage of others, the shorter service hours will be experienced by those consumers at the affected areas.”

According to Kara, they do not expect to restore MCWD’s daily water supply to its normal level of 220,000 cu.m. anytime soon because their traditionally big sources, such as the Buhisan and Jaclupan Dams, have dried up.

Hence, by this week, Kara said they would be visiting all the affected areas to extensively disseminate the advisory for residents to story water.

“Many consumers still don’t store water and sadly, some refuse to store and demand for a normal water supply to their household,” Kara added.

Kara said that MCWD is now looking into its in-house wells to determine if wells operating for eight hours a day could now be operated round the clock.

“We are testing if they can operate for 24 hours and produce more to serve adjacent areas,” she added.

MCWD has 122 wells, one surface water, one semi-surface water and 5 bulk water suppliers.

Kara said that in the case of the Jaclupan facility, its daily production is now down to 12,900 cu.m. and still dropping. The

MCWD’s other surface water source, the Buhisan Dam in Cebu City, used to produce around 7,000 cu.m., but has now completely dried up.

Kara said the lowest daily production of the Jaclupan facility was 8,000 cu.m. June last year. “We’re seeing that by mid-May, it will already reach that same level,” Kara added.

The continued decrease in supply was observed despite the additional bulk water supply contracted by the MCWD in April.

Kara said they were expecting another bulk supply from Abejo Water Corporation this month – 6,000 cu.m. daily for Barangay Cabancalan in Mandaue City and 1,200 cu.m. daily for Barangay Guadalupe in Cebu City. “Even with the additional supply coming in, dili gyud maapas ang deficit plus grabe pa gyud ang demand (we cannot cope with the deficit, plus the demand is really high),” Kara explained.

No rain in sight

The Cebu Chamber of Commerce and Industry (CCCI), has also recognized the need for water conservation, especially among its members.

“There is a need to continuously remind the business community to strengthen water conservation measures especially with the El Niño we are still experiencing. Since we are experiencing low supply, stringent ways to conserve water must continuously be practiced,” said CCCI President Melanie Ng by phone yesterday.

She said that, so far, they have not received complaints or reports from their members on the low water supply but their members have already been practicing their own water conservation measures.

With rainfall still below normal in the past two months, it is now likely that Cebu will be officially categorized to be under a dry spell, according to Alfredo Quiblat, chief for Philippine Atmospheric, Geophyisical and Astronomical Services Administration (Pag-asa) Mactan.

He said Pagasa might officially announce a dry spell over Cebu two weeks from now.

In the past, Cebu’s average rainfall for March was 61 millimeters but this year, the rainfall for the month has been 93 percent less than normal, said Quiblat.

In April, only a millimeter of rain was recorded against the month’s average of 50 millimeters.