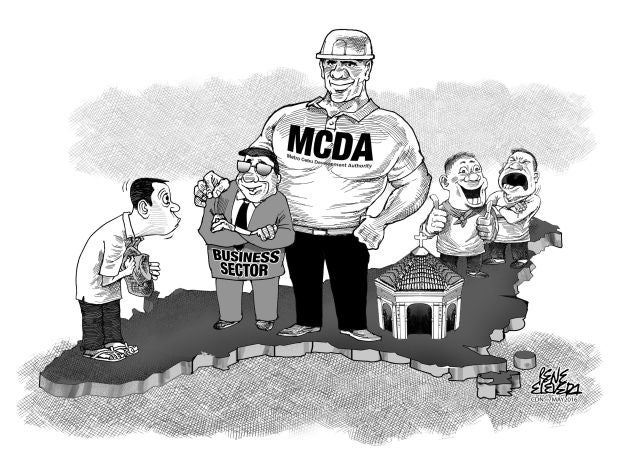 That a long gestating bill creating the Metro Cebu Development Authority has secured support from reelectionist Sen. Ralph Recto may be a promising development for proponents, but how this will play out in the province is another thing altogether.

As far as One Cebu gubernatorial candidate Winston Garcia is concerned, the proposed Metro Cebu Development Authority is yet another layer of government bureaucracy that will only bog down the implementation of projects not only for Metro Cebu but for the province as well.

Garcia instead suggested that greater coordination should be developed between the Metro Cebu local government units (LGUs), the province and the national government agencies, and that offices be created or coordinators appointed in the province, Metro Cebu and national level to network among the stakeholders.

That seems a suitable compromise and it doesn’t need legislation to implement it right away. It is also less expensive since creating an agency as extensive and as large as the Metro Cebu Development Authority would require funding either from the national government or from the LGUs involved.

One problem lies in the effectivity of such offices or coordinators. More often than not, they end up as paper offices that have no real or little value other than engaging in long distance phone calls or emailing their counterparts and clients.

That taxpayers end up funding these non-performers is unacceptable. But it’s not just Garcia who’s had reservations with a Metro Cebu Development Authority type of agency.

Former Cebu City mayor Tomas Osmeña had been opposed to the setup on the grounds that it would give equal vote and leverage to LGUs that have smaller populations and resources than the City of Golden Friendship (Cagayan de Oro City).

Voting power would be crucial especially when it comes to traffic, garbage and funding for projects. As former Metro Manila Development Authority (MMDA) chairman and now senatorial candidate Francis Tolentino said, trying to handle local officials is not only about managing their individual and collective concerns but also about managing their egos.

What would make the proposed Metro Cebu Development Authority different from the MMDA perhaps is the inclusion of private sector representatives especially those from the business community.

But regardless of their public pronouncements, these private sector reps also have their own interests and agenda at heart, and they are unlikely above partisanship and influence peddling. Their presence ensures some continuity in programs and projects long after the elected officials would have moved on or would not get reelected.

But this proposed agency would have to wait until after the elections. A Metro Cebu Development Authority would be a formidable social and political catalyst for change and development in the province. And ultimately it is up to the people involved to make it work.

Read Next
PH vote in the time of Web 3.0