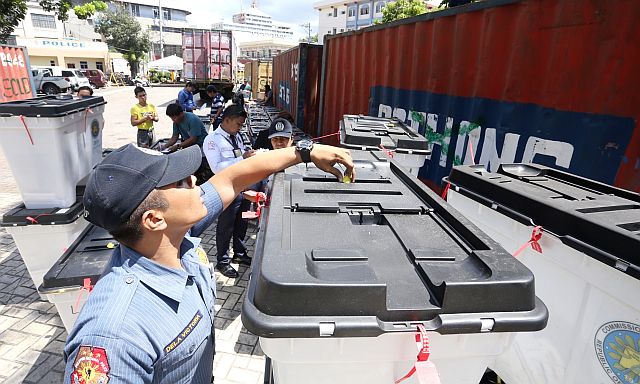 SOME 1,289 vote-counting machines (VCMs) used in Cebu City during the May 9 elections were placed inside container vans at Cebu City Hall grounds yesterday.

“They were placed here at the City Hall grounds. Isn’t it stated in the law that candidates have until May 20 to file a protest?” Cebu City Treasurer Diwa Cuevas said.

The vans cannot be opened without the presence of representatives of the three political parties.