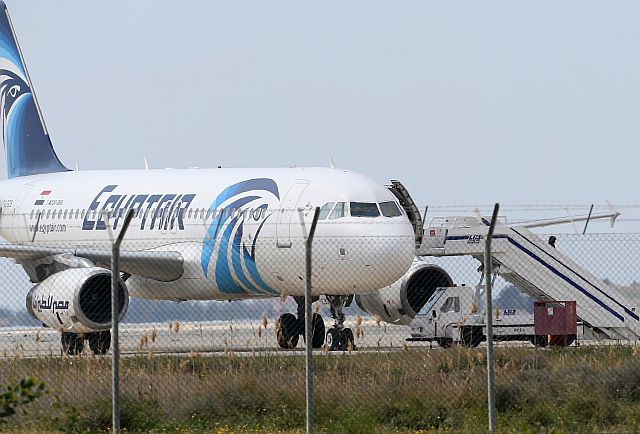 Cairo — An EgyptAir flight from Paris to Cairo with 66 passengers and crew on board crashed in the Mediterranean Sea early yesterday morning, Egyptian aviation officials said.

EgyptAir Flight 804 was lost from radar at 2:45 a.m. local time when it was flying at 37,000 feet, the airline said. It said the Airbus A320 had vanished 16 kilometers after it entered Egyptian airspace, around 280 km off the country’s coastline north of the Mediterranean port city of Alexandria.

The aviation officials later said the plane crashed and that a search for debris was now underway. The “possibility that the plane crashed has been confirmed,” as the plane hasn’t landed in any of the nearby airports, said the officials, who spoke on condition of anonymity because they were not authorized to speak to the media.

The official said a signal had been picked up from the plane two hours after it disappeared from radar, thought to have been an emergency beacon.

Egyptian military aircraft and navy ships were taking part in a search operation off Egypt’s Mediterranean coast to locate the plane. The plane was carrying 56 passengers, including one child and two babies, and 10 crew members. The pilot had 6,000 flight hours.

EgyptAir later said those on board included 15 French passengers, 30 Egyptians, one Briton, two Iraqis, one Kuwaiti, one Saudi, one Sudanese, one Chadian, one Portuguese, one Belgian, one Algerian and one Canadian.

Egypt’s state-run newspaper Al-Ahram quoted an airport official as saying the pilot did not send a distress call, and that last contact with the plane was made 10 minutes before it disappeared from radar. It did not identify the official.