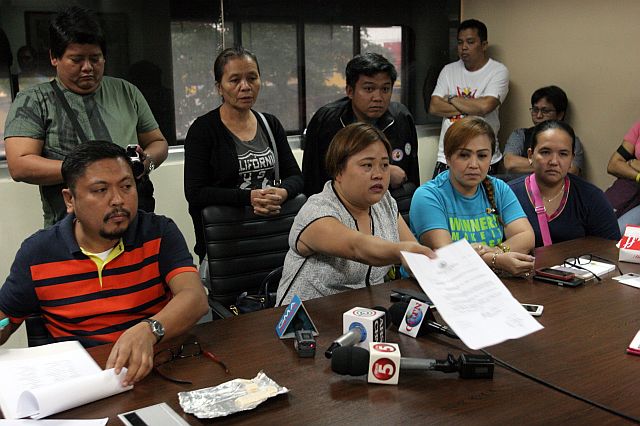 To about 42 barangay captains in Cebu City, the city-owned vehicles assigned to them are not mere decorative or status-symbol items that City Hall could get back at will.

They have “life and death” uses, the barangay captains claimed, such as to ferry to hospitals emergency patients or to respond to disasters.

It was for this reason that they decided not to return their service vehicles even if their failure to return the vehicles had been recorded in the police blotter by Acting Mayor Margarita “Margot” Osmeña and could lead to the filing of charges against them.

Tisa Barangay Captain Philip Zafra, the president of the city’s Association of Barangay Councils (ABC), said at least 42 barangay captains were against the return of the vehicles.

So far, only 36 of the city’s 80 barangays have returned their service vehicles, records from the city’s General Services Office (GSO) showed.

The defiant barangay captains yesterday got the backing of suspended Vice Mayor Edgardo Labella, in another effort to convince Osmeña to exclude the vehicles issued to the barangays from the recall order.

Labella, in a press conference yesterday at his law office at Sugbutel in North Reclamation Area, was flanked by 28 barangay captains who all declared that returning the vehicles could “spell life and death” for them or their constituents.

“Vehicles used by barangay captains are also used for emergency. I’m a witness to all of these. It can be used as an ambulance, a patrol car, and even during funerals. We are very much concerned. Anything can happen at any time,” Labella said.

Labella said the vehicles issued to barangays should fall within the exemption that Osmeña has herself spelled out in her memorandum, where she stated that “vehicles used by emergency units and the like” were exempted from the recall order.

Labella, along with the 28 barangay captains, sent a letter to Osmeña stressing that without the vehicles, the delivery of basic services in the barangays would be “hampered.”

Labella said they would be furnished a copy of their letter to the Office of the Ombudsman-Visayas for the anti-graft body to also look into the issue.

He said that if the purpose of the recall was just to make an inventory of city-owned vehicles, he suggested to Osmeña that the inventory teams could be sent to the concerned barangays to check if the vehicles were indeed in their possession.

Inayawan Barangay Captain Lutherlee “Lotlot” Soon also asked why the vehicles had to be recalled when the GSO has been conducting a yearly inventory of the city’s vehicles.

Aside from the vehicles, the city also provides the barangays with a monthly fuel allocation of around 100 to 150 liters.
To Zafra, the recall order was all about “partisan politics” since many of the barangay captains are allied with Rama.

According to Labella, the decision of Adlaon Barangay Captain Elvis Narra to return his service vehicle was partly to be blamed why he was badly hurt in a motorcycle accident early this week.

“(Narra) is fighting for his dear life because he wasn’t immediately rushed to the hospital after his accident. We cannot compromise the safety and the lives of the people especially those coming from the mountain barangays. Whether we like it or not, these vehicles are very necessary especially in cases of emergency,” Labella said.

Narra figured in a road accident last Tuesday evening while he was on his way home after attending a barangay fiesta event and was now in state of coma at the Perpetual Succour Hospital, Zafra said.

Zafra added that the morning before the accident, Narra decided to return his city-issued vehicle, the reason why he was just riding a motorcycle.

However, Cebu City Transportation Office (CCTO) operations chief Joy Tumulak said there were no records about the accident in their office. It was possible that the victim’s family did not have the incident recorded by the police since there was no other party involved, he said.

Zafra said that he and the other barangay captains planned to raise funds to help defray Narra’s hospital bills.

Osmeña, reached for comment, said the city government would be extending assistance to the family of Narra using available programs like the City Hospitalization Assistance and Medicines Program (CHAMP), among others.

But she stood pat on her decision that barangay officials should return the vehicles.

She said the City Legal Office has been tasked to prepare the appropriate charges against the barangay captains who would still not return the vehicles.

As to the suggestion to just send inventory teams to the barangays, Osmeña said, “Don’t tell me what to do.”

GSO assistant head Ronaldo Malacora said 225 vehicles and 83 motorcycles had been turned over to GSO by the different City Hall departments and offices, including the 36 from the barangays. The last two barangays to return their vehicles yesterday were Babag and Camputhaw, he said.

He added that some of the vehicles that were recalled were reissued with assignment papers and actually returned to their respective departments or offices, such as those that were assigned to the Parks and Playground Commission, and the departments of agriculture and health.

Yesterday, Alvin Santillana of Cebu City Risk Reduction and Management Council (CDRRMC) also formally asked Osmeña to get back their service vehicles — a motorcycle and three pick up units, as these would be used in the monitoring and preparation for the expected floods and other rain-induced incidents that would be wrought by the La Niña weather phenomenon when it hits the country sometime in July.

Osmeña, in response, said she would direct the GSO to allow the CDRRMC to get back their vehicles, as she understood the need for the city government to prepare for La Niña.

The onset of the rainy season also alarmed the barangay captains, especially those from the mountain barangays.

Agsungot Barangay Captain Noli Anne Alcover said several landslides have been reported in their barangay and that their vehicle has been used to respond to these emergencies.

Buot Barangay Captain Rosalina Callino, whose barangay is 19 kilometers from the city proper, said their vehicles ferried residents to the city proper since there are no available public transportation in their barangay.

“Tinuod, comfort ang sakyanan para sa mga taga bukid especially sa akong barangay kay walay pasaheroan. Dili na mi mabalaka kung may emergency kay makadiretso ra mig padagan sa sakyanan,” she said.(The vehicle is a comfort for those in the mountains especially in my barangay where there is no public transportation. We don’t worry when there is an emergency since we can immediately use our vehicle.)

Although they have an ambulance and a dump truck on top of the Toyota Hilux pick up assigned to her village, Callino said there were several instances when the pick-up issued to her were also used for emergencies, such as that time when a birthing woman had to be rushed to a hospital since their barangay health center was not capable of attending to her.

Sapangdaku Barangay Captain Lorna Damalerio said they have no ambulance and their service vehicle has been doubling as one since they got it over two years ago.

Hurt that they were branded as “carnappers,” Zafra said some village chairs were planning to file for damages against certain city officials, although it was not final yet.

Supt. Aileen Recla, chief of the Cebu City Police Office’s Investigation and Detection Management Branch (CCPO-IDMB), meanwhile, said their involvement would only be limited to determining the whereabouts of the vehicles and who were using them and to report the same to Osmeña.

The decision to impound the vehicles or file charges against the defiant barangay captains would depend on the acting mayor, she stressed.

But Osmeña could use the police blotter as reference should she decide to bring the matter to court, she added.

Read Next
Is CICC fit for occupancy?