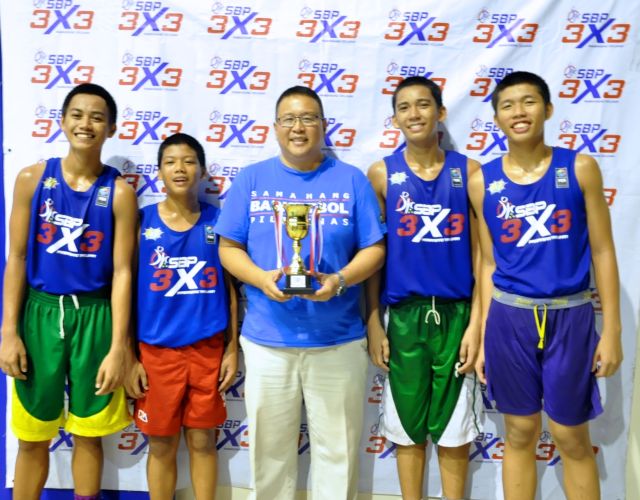 THE UNIVERSITY of the Visayas (UV) and Abellana National School (ANS) pocketed the titles in the Samahang Basketbol ng Pilipinas (SBP) 3×3 Regional Finals held over the weekend at the Cebu City Sports Institute.

UV completed its long road to the throne with a 10-8 win over the previously unbeaten Don Bosco in the championship game.

Froiland Maglasang proved to be UV’s hero as he made two free-throws with four seconds remaining that shattered an eight-all deadlock.

The Baby Lancers took the long route to the title as they lost one game in group play before regaining their bearings to defeat Lapu-Lapu in the semifinals, 13-7.

Don Bosco, on the other hand, was on a perfect run. It beat Medellin in the quarterfinals, 15-8 before disposing of Ateneo de Cebu, 18-14 in the semis.

In the distaff side, Abellana opened up a 10-2 lead over Carmen and never looked back to win, 19-7.

Florence Talas had 10 points to lead the way for the Abellana, which went undefeated from start to finish.

UV, Abellana girls and Carmen girls will represent Central Visayas in the national finals on June 9 at the Mall of Asia.

They will also watch Gilas Pilipinas play Iran on June 8.

Read Next
NOT BACKING DOWN