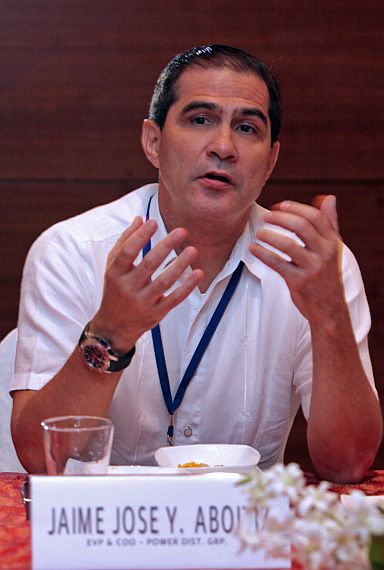 While SPC Power Corp. believes the government will eventually re-bid the Naga Power Plant Complex (NPPC), an Aboitiz Power Corp. (AboitizPower) executive said the facility should not be placed on the auction block again.

Jaime Jose Aboitiz, distribution executive vice president and chief operating officer of AboitizPower, said that they think they already won the bidding in the first place.

“The way the Supreme Court (SC) ruled, they (SPC) had no right to top off. In that case, we are the winning bidder.

Why would they re-bid it?” Aboitiz told reporters in a media roundtable on Friday last week.

SPC Power exercised its right to top the P1.089-billion winning bid of Aboitiz-led Therma Power Visayas, Inc. by offering P1.14 billion for the 153.1 megawatt facility in 2014.

The asset purchase agreement over the facility was awarded to SPC Power after it topped off the winning bid of Therma Power, prompting Sen. Segio Osmeña III to question the validity of the right-to-top provision and file a petition for certiorari on June 26, 2014.

The SC said SPC Power’s right to top was null and void in a decision on Sept. 28, 2015, resulting in the nullification of the asset purchase and land lease agreements between the Power Sector Assets and Liabilities Management (PSALM) Corp. and the energy generation company.

SPC chairman Alfredo Henares, in an earlier interview, said the company has had informal talks with PSALM officials and they agreed that the logical step to take is re-bid the complex.

The Supreme Court (SC) nullified last year the sale of the 153-megawatt (MW) complex to SPC Power. About two months ago, the High Court junked SPC’s bid to file a second motion for reconsideration.

This development would have paved the way for Therma Power Visayas to acquire the complex, but Aboitiz said their group isn’t keen on making any move yet as the other concerned parties are still seeking clarification from the SC.

“Does this mean there will be a re-bidding or no more re-bidding? Lawyers always have a different interpretation of what’s what. That’s what we are waiting for,” he said.