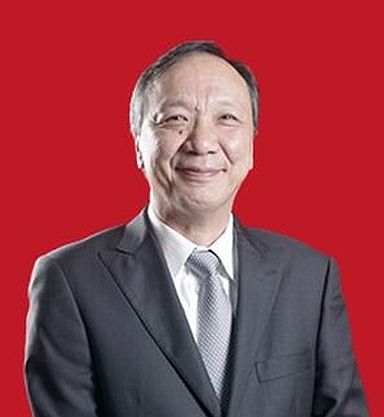 Whenever Cebuano businessman Luis Yu Jr. is at the mall alone, he doesn’t go as a top rank official of a real estate company.

He sits down like any ordinary mallgoer and watches people. He observes their habits, the way they move, and the way they hail transport services.

Yu, one of the founders of the low-cost housing brand Deca Homes, said this is a way to understand his market and doing so has been instrumental to the success of his company.

Deca Homes, a brainchild of the public-listed mass housing developer 8990 Holdings, Inc. has provided affordable and good-quality homes to thousands of Filipinos for more than a decade.

Yu, who was named Grand Chamber Entrepreneur of the Year by the Cebu Chamber of Commerce and Industry (CCCI) in the recently concluded Cebu Business Month, sits as chairman emeritus of 8990 Holdings Inc.

“I am honored (to have been given this award). To a Cebuano, this is the best you can achieve,” Yu said of his recognition.

Among the valuable things he learned in all his years in the industry is “(not letting) success get to your head.”

The businessman said Deca Homes is the only real estate company that professes that they “only know and understand affordable markets in housing.”

Yu vowed that the company will never go middle-end or high-end and that they will continue to improve the products they offer to their current market.

The company is producing 6,000 units a year and is forecasted to double its production in five years to 12,000 units annually.

Furthermore, the company also expects to double its sales to P12 billion in five years.

Deca Homes has completed nine projects in Cebu and is undertaking two, including one in Barangay Tisa, at the moment.

Yu said they are hoping to launch a project in Mactan, a mix of walk-up buildings and townhouses with about 6,000 units, worth from P3 billion to P4 billion this year.

The project is targeted to be completed in three to four years.

“With the scarcity of land in Cebu, we started to do walk-ups. We also do it in very dense areas because of traffic. Instead of spending one hour and a half to go to Mactan, it will just take you 20 minutes to get to Hernan Cortes,” he said.

The company pioneered the use of a pre-cast construction technology, allowing them to construct townhouses and single-story attached units in 10 days and walk-up buildings in 30 days.

Right now, Yu said the concept of the company is moving towards in-city housing, which he said sacrifices “size for convenience.”

In a recent study conducted by the company in Manila, it was found that it takes a mother working in Makati but living in Cavite three hours every day to travel from her home to her workplace and vice versa.

“This means three hours lost that could have been spent with her family or herself every day,” he said.

Yu said this scenario gives sense to the company’s current direction as housing developments even just 30 minutes away from where one works already guarantees at least three hours of their lives back every day.

“Since we are dedicated and devoted to this market, we exist understanding them and always trying to improve what we give to them,” he said.

“We are just trying to give better yet affordable products. The best consolation is when a homeowner says thank you,” Yu added.

Read Next
Cebu businessmen gear up for Canada trade mission