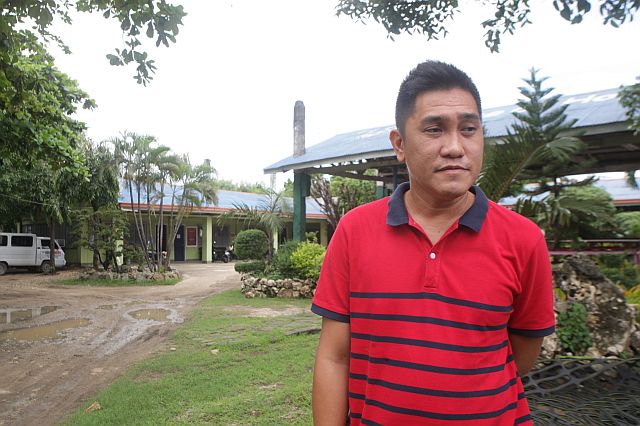 Health official worried about lack of treatment centers for drug peddlers, users who turned themselves in

For four years, Kathy (not her real name) considered taking prohibited drugs as a hobby.

“My friends were also at it, and we had fun,” the 19-year-old teenager said.

But things changed when she gave birth to a baby girl last year.

“I want to change my life. I don’t want my daughter to have a drug addict for a mother,” she said.

Last July 1, Kathy voluntarily presented herself to policemen in Liloan, a town in northern Cebu, who conducted an Oplan Tokhang to persuade drug users and pushers to stop their involvement in illegal drugs.

They were recorded and interrogated, and their fingerprints were taken.

Kathy, the youngest among the batch of surenderees, said she wanted to undergo drug rehabilitation so that she would be completely cleansed from the illegal substance and its ill effects.

Based on the records of the Police Regional Office in Central Visayas (PRO-7), some 2,656 drug pushers have surrendered to the different police stations in the region since the Oplan Tokhang was implemented last July 1. The figures cover the number of surrenderees from July 1 to July 7.

Tokhang is short for “toktok-hangyo,” a nationwide campaign of the Philippine National Police to warn illegal drug peddlers and users that law enforcers are going after them if they don’t decide to give up the trade.

In Central Visayas, the Bohol Provincial Police Office recorded the most number of self-confessed drug users with 1,646, followed by the Cebu City Police Office with 411.

There’s no available data as to the number of persons who surrendered to the Siquijor Provincial Police Office.

Surenderees, who had no pending arrest warrants, were allowed to go home after signing a document which contained a promise to never be involved in illegal drugs.

They were endorsed to the local government units for rehabilitation.

Lawas said local government units and other sectors should help hand in hand to rehabilitate and treat drug users.

“The process should not stop from mere documentation of surenderees, otherwise, what we’re doing is flat as it’s simply icing on the cake. Treatment and monitoring should be done,” he said.

But there is not enough room to accommodate all of the surenderees in Cebu’s six drug rehabilitation centers.

Dr. Dino Caing, head of the Department of Health’s noncommunicable disease section in Central Visayas, said the two government-run drug rehabilitation facilities in the region are currently fully-booked and the privately-owned centers are likewise in the same situation.

“We didn’t expect this. The surge is like a tsunami, and we don’t have enough drug rehabilitation centers to accommodate them (surenderees),” he told the Inquirer.

Caing called on local government units to step in and set up rehabilitation centers for self-confessed drug users who surrendered.

“The LGUs should house the surenderees and provide them with food as well as livelihood for their respective families,” he said.

Drug dependents who take refuge in rehabilitation centers range from 20 to 40 years old.

Most of them, Caing said, are employed in different companies, including call centers and factories.

“(At least) 60 percent to 70 percent of them are not hardcore users. They just use drugs for a reason or two,” he said.

Patients admitted to government-owned rehabilitation centers pay P10,000 each every month, while services in private-owned facilities cost around P40,000 to P60,000 monthly.

These are the New Horizon Treatment and Rehabilitation Center in Argao town, which serves male drug dependents, and Eversley Childs Sanitarium in Barangay Jagobiao, Mandaue City which caters to the needs of female drug dependents.

The two centers have limited capacities.

The drug rehabilitation facility in Argao town can accommodate up to 200 patients, while Eversley can only cater up to 25 persons.

On the other hand, all four private drug rehabilitation centers in Cebu can receive a total of 160 patients only.

Based on the records of the Dangerous Drugs Board, there are at least four accredited private drug rehabilitation centers in Central Visayas.

These are the House of Hope Inc. in Lapu-Lapu City, Roads and Bridges to Recovery in Mandaue City, We Do Recover: The Center For Creative Living Solutions in Barangay Lahug, Cebu City and Cebu North General Hospital Chemical Dependent’s Control and Rehab Center in Talamban Cebu City.

And both government and private rehabilitation facilities in Central Visayas are not enough to receive the surge of illegal drug dependents who want to avail themselves of rehabilitation services from the government.

Caing said DOH-7 intends to establish “outpatient services” for illegal drug users but only for people who are suffering from early stages of drug abuse which can be treated through home-based rehabilitation and medication.

But for Gino Amodia, it would be best for drug dependents to be admitted to rehabilitation facilities.

“Self-rehabilitation can be effective only for a very few people. Most of the users manage to stop using drug only for a month or two. After that, they return to their old way. Based on my experience, it is really very difficult to get rid of drugs unless you undergo rehab,” he told the Inquirer.

Amodia, a resident of Barangay Ibabao in Mandaue City, used shabu for a decade but decided to undergo rehabilitation to change his life.
He was successful.

Now, Amodia serves as director of the House of Hope, a private drug rehabilitation center in Lapu-Lapu City run by Filipinos who were addicted to illegal drugs but managed to stop permanently and start life anew.

The facility currently has 60 patients.

“I know how drug addicts feel. I used to be one of them. And I know that whatever I went through in life can inspire other people,” the 39-year-old director said.

Amodia started using drugs at the age of 15 out of curiosity of what drugs could do for him.

In order to have sufficient money to buy shabu, he said he sold all their appliances and other belongings at home one after the other, and, at times, stole things from his neighbors.

“Just like other typical drug addicts, I got whatever there was to sell so I’ll have money to buy drugs. I literally cleared our house of every single appliances and things,” Amodia said.

After using drugs, he said he felt as if he’s the strongest man on earth, the most active, and the most intelligent among humans.

“It’s as if I had super powers or an extra energy. But after that, I felt so weak,” he said.

For about a decade, Amodia wasn’t completely happy. He said he eventually decided to stop using drugs and change his life.

He voluntarily underwent rehabilitation and treatment at the House of Hope, and his system was cleared from all traces of shabu after a year.

Instead of finding a job, Amodia decided to stay at the rehabilitation center to serve other patients until he was appointed director.

Asked how he overcame his addiction to drugs, Amodia said he did his best to know and establish a relationship with God.

“It’s all about God. I believe that only God can change our lives, and we have to cling unto Him,” said Amodia who now has two children aged 18 and 15.

At the House of Hope, he learned many things about God through prayer sessions and Bible studies.

He focused on how to deepen his relationship with God and combined it with physical trainings that includes playing basketball and making rubber floats which they sell to fishermen.

“We have four components in our rehabilitation: work, physical, social and spiritual therapies. But our main focus is really the spiritual aspect because it is the most important and the anchor of change,” Amodia explained.

He said he’s happy that fighting illegal drugs is one of the primary targets of President Rodrigo Duterte.

The drug dependents who want to undergo rehabilitation must first have the drive to change his or her life, otherwise everything would be useless.
“Rehabilitation must be voluntary. You cannot impose change unless the person concerned is willing to change,” he said.

Amodia advised people to get rid of illegal drugs, which don’t produce anything good.

“I tell you, unless you stop using or peddling illegal drugs, you’ll have no life, family and future. It basically destroys everything,” he said.