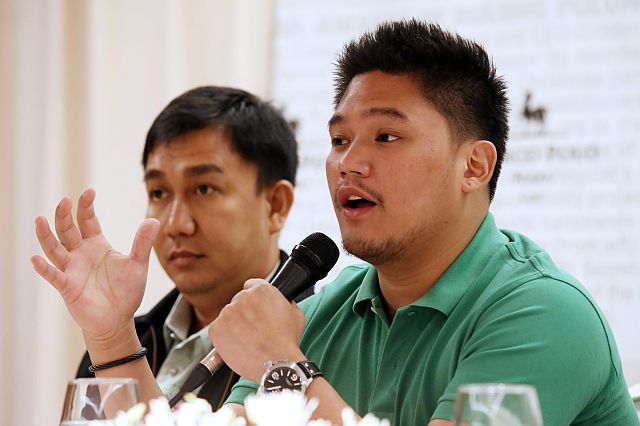 A PREVIOUS study on the proposed Light Railway Transit (LRT) project in Metro Cebu suggested that the rails should be above the road to avoid traffic.

The study made by AMA Group of Holdings Corp. served as basis for the thesis of Rep. Gerald Anthony Gullas when he took up his masteral course in the Ateneo Graduate School for Business.

Gullas said he shared this with Michael Dino, Presidential Assistant for the Visayas (PAV) yesterday. The study indicated that the Cebu LRT will cover three phases.

The first phase starts from Talisay City to Mandaue City and will carry passengers.

The second phase would extend towards Dalaguete town in the south.

The third phase would extend to Sogod town, northern Cebu and will transport passengers and cargo.

“In the study the average speed of jeepneys, taxis, and buses is 15 kph, 20 kph and 20 kph respectively. But it is very important to say that we do not intend to stop the jeepneys, buses, and taxis from operating. The LRT is just a means of giving an alternative to our fellow Cebuanos. All of them can coexist,” Gullas said.

At least 19 stations were identified for the first phase of the project as identified in the previous study.

Based on the study, setting up an LRT is essential since it is projected that Metro Cebu’s population will reach over P4.5 million in 2020.

In the cities of Mandaue, Cebu and Lapu-Lapu alone, the study said there was an increase of close to nine percent in motor vehicle registration from 1996 to 2006.

Construction of the LRT will cover four years while operation will be 25 years under a build-operate-transfer scheme.

The facility will be turned over to the Department of Transportation and Communication (DOTC).