‘Barok’ to groove at CPDRC 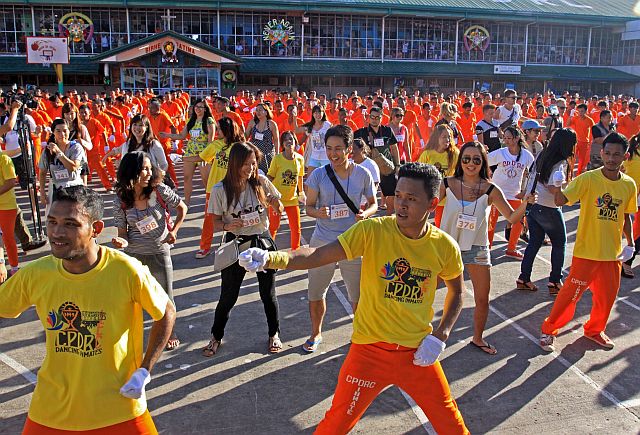 Local and foreign tourists join the CPDRC dancing inmates after their performance at the CPDRC grounds. Alvaro “Barok” Alvaro, the alleged number one drug lord in Cebu who is now an inmate at the provincial jail, has been told to join them too starting August. (CDN FILE PHOTO)

From squealing on the country’s illegal drug protectors to strutting down the jail grounds to join the latest dance craze, Alvaro “Barok” Alvaro, the alleged number one drug lord in Cebu province, might soon be the star of the dancing inmates of the Cebu Provincial Detention and Rehabilitation Center (CPDRC).

After one month in isolation, Barok was recently moved to a regular cell at the CPDRC after jail officials found no immediate threats to his safety with other inmates.

Now considered a regular inmate, from the “high risk inmate” that he used to be when he was committed to CPDRC following his surrender to the National Bureau of Investigation (NBI) last month, Barok will already have to do things that regular inmates do.

In this case, dance for visitors once a month with weekly practices.

Barok was transferred to a regular cell last Monday after spending one month in an isolated cell which had a bathroom and a dedicated closed-circuit television (CCTV) camera for monitoring by jail authorities.

He now shares a 9-ft by 20-ft cell with 24 other inmates that also have drug-related cases, according to Marco Toral, Cebu provincial consultant on jail matters.

Toral said Barok has been asked to join dance practices with the other dancing inmates for their once-a-month synchronized dance presentation which has become famous worldwide.

Dance practices of the inmates are usually held every Thursday while their presentations are scheduled every last Saturday of the month.

“But he won’t dance this coming Saturday yet. He will dance by next month, the last Saturday of August,” Toral said.

“Gihangyo man to namo siya nga moapil og sayaw. Nagtando-tando man to (We asked him to join in the dance. He kept nodding his head),” said Toral. 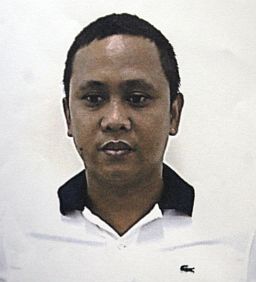 Barok’s lawyer, Jonah John Ungab, however, said the alleged drug lord seems not too keen on dancing because of an “injury” and hinted that they might yet ask Toral for an exemption.

As of now though, Ungab said that he has not been contacted by Barok regarding any concerns on Toral’s plan to have him dance like the regular inmates.

With Barok’s transfer to a regular cell, immediate family members will be allowed to visit him once jail authorities lift a suspension on visitors following the recent escape of a prisoner. (See separate story.)

During Barok’s one month in isolation, Toral said they have not received reports or rumors of threats against him. Jail officials also did not hear of incidents involving other inmates harassing Barok.

Ungab, for his part, believes that Barok is safe within the walls of the CPDRC.

“I was informed by his wife that he’s been transferred to regular detention. There was a little apprehension. But we believe he’s safe in CPDRC,” Ungab told Cebu Daily News.

Since Barok’s transfer to a regular cell, Ungab said he hasn’t heard any complaints from his client.

“If he had problems in his transfer, he would have told me. But there are none,” he said.

“He’s okay as long as he’s not in the custody of the police or the NBI,” Ungab said.

Barok, who surrendered last month in Bohol, is considered to be one of the Duterte’s administration’s sources of “vital information” on the illegal drug trade as he reportedly spilled the beans before NBI officials by providing them with a list of so-called drug protectors in government.