Gov vows to turn airstrips in north Cebu into airports 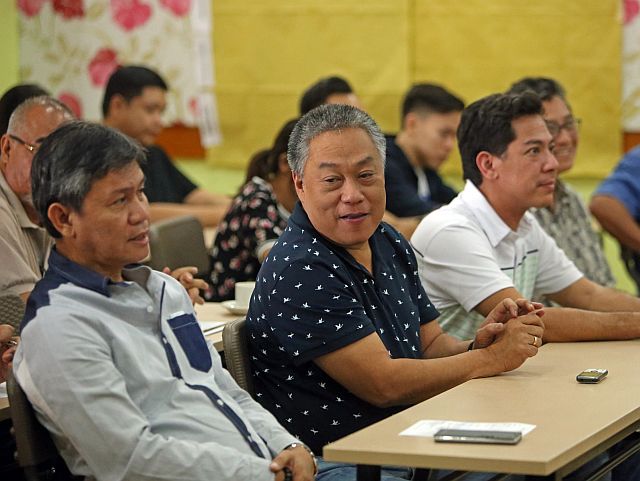 If plans will push through, Bantayan Island and Camotes Islands will soon have separate airports.

Davide, who attended the first Bantayan Island Business Summit at Sta. Fe town last Saturday, said this endeavor would possibly be entered into through a public-private partnership deal.

He, however, said so far no investor had reached out to the provincial government yet.

Davide was referring to the Sta. Fe airstrip, which could accommodate six-seater planes, and the airstrip in Pacijan Island in San Francisco town in Camotes Islands.

The governor’s optimism that he could finish or at least start the airstrips improvements within this term was anchored on earlier pronouncements of the Civil Aviation Authority of the Philippines (CAAP) and the Mactan-Cebu International Airport (MCIA) to support these proposals.

“The provincial government will support all initiatives of the business community here. You have varied interests given the various key economic drivers on the island, but let us concentrate on the more important issues,” Davide said.

Aside from that, Davide also assured at least 100 private and public sector representatives, who attended the event organized by the Cebu Chamber of Commerce and Industry (CCCI) in partnership with the Cebu provincial government, of the provincial government’s commitment to help the economy of the island to grow by prioritizing access to potable water, improving health services, and strengthening energy security.

Sta. Fe Mayor Jose Esgana, who said he was optimistic that Davide could realize the airport projects during his term, called for cooperation between Sta. Fe and two other towns that make up Bantayan Island to boost each other’s economies.

Bantayan Island is composed of three towns with distinct economic thrusts; Sta. Fe being strong in tourism, Bantayan in poultry and agriculture, and Madridejos in fishing and aquaculture.

“We, at Sta. Fe, can support the farming and fishing sectors of the other towns by marketing and patronizing their products. In a way, they will also be able to support the tourism industry here,” Esgana said.

Aside from that, Esgana also called on national government agencies to cut red tape in the processing of papers of investors in Bantayan Island.

Esgana cited a Swiss company that bought an eight-hectare property in Sta. Fe two years ago to build a high-end tourism facility there, and it was only recently that they were able to secure all their permits.

Esgana, who blamed bureaucratic red tape for the delay in the processing of the permits, warned that this might hurt the island’s economy and its tourism industry.

Bantayan Mayor Arthur Despi also said there is a need to create policies which are applicable to all local government units.

He said there should be a roadmap for the whole island that could be used for the town’s executive and legislative agenda.

“We believe there are lots of opportunities here. We just need to come together to discover what these are, collaborate and act to turn these opportunities into concrete plans,” said CCCI president Melanie Ng as she highlighted the summit’s aims for the island’s business sectors to come up with a single development plan for local government units.

The chamber’s Bantayan Island Chapter was established in 2013 by CCCI past president Lito Maderazo.

Maderazo, who hails from the island, said the towns face common problems and must work together to come up with unified solutions.