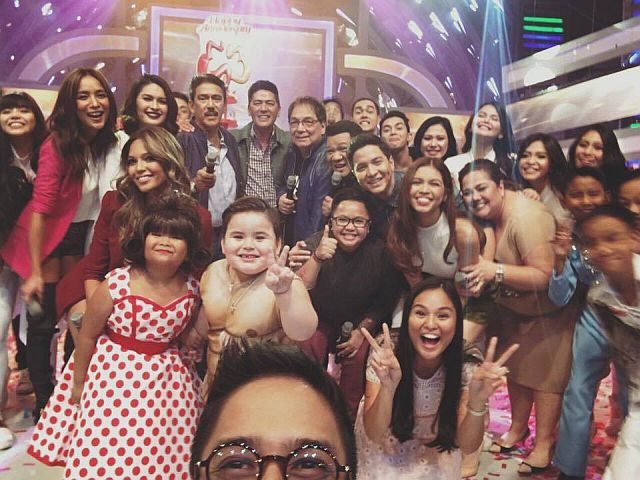 The hosts and staff
of “Eat Bulaga”
celebrate the show’s 37th anniversary.

Aside from fans and loyal viewers, it got a greeting from no less than the country’s president, Rodrigo Duterte.

In a 28-second footage posted by the show on its official Facebook page, President Duterte sent his well wishes and greetings to everyone in the “Eat Bulaga!” family.

“Good day, I am Rody Duterte. I would like to greet the men and women, all these years, who are responsible for the program Eat Bulaga,” he began.

He added, “It has its staying power, and I pray to God that Eat Bulaga would continue to exist for a thousand years. Congratulations! Happy
anniversary!”

Earlier, one of its hosts, Joey de Leon declared that the number 37 is significant because the show has experienced being aired in 3 TV stations and witnessed the assumption to power of 7 presidents of the Philippines — Ferdinand Marcos, Cory Aquino, Fidel Ramos, Joseph Estrada, Gloria Arroyo, Noynoy Aquino and Duterte.