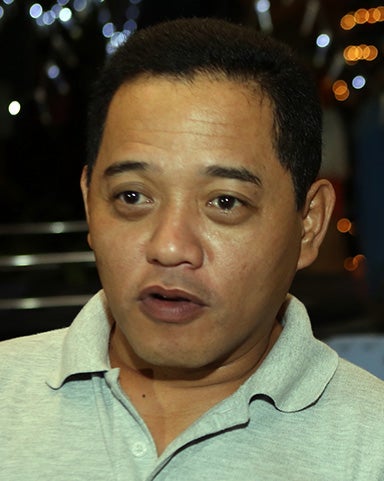 NOT only is the Cebu City Jail facing a major shake up after Saturday’s Greyhound raid yielded illegal drugs, millions of pesos in cash and other contraband, jail guards are in danger of losing the monthly allowance they are getting from the city government.

Councilor Dave Tumulak, who heads the Cebu City Council’s Committee on Public Order and Safety, said it would be useless to continue giving allowances to jail guards from the Bureau of Jail Management and Penology (BJMP), which manages the City Jail, if they could not prevent such contraband from coming in.

“It should be stopped because it’s useless. That’s the reason we are giving them allowances, so they do their job. But now, they’re showing that they can’t do their jobs. That’s unfair to our constituents,” Tumulak told Cebu Daily News.

Tumulak, however, said that he believed only those assigned at the male dormitory of the Cebu City Jail should stop getting allowances since there has not been issues involving the female dormitory prisoners.

He said though that it would be up to Cebu City Mayor Tomas Osmeña to decide on whether or not the grant of allowance should be stopped.

Tumulak said that the city government gives a P4,000 monthly allowance for each of the BJMP personnel in the Cebu City Jail, the same amount given to policemen. He said there are more or less 30 guards assigned in the male dormitory of the jail.

The city jail has 139 jail officers and guards, according to the BJMP.

Tumulak said he did not expect that so much illegal drugs, cash and prohibited items like laptops, flatscreen television sets, branded shoes and mobile phones have been hidden inside the facility.

“As the chairman of the public order and safety committee, I really did not expect that the city jail is just like the Bilibid Prison in Manila where there is special treatment given to some inmates. This is unfair to the other prisoners who are suffering in other cells,” he said.

Bring in the NBI

Tumulak said he will present in tomorrow’s regular city council session a resolution that will ask the National Bureau of Investigation (NBI) and other investigating authorities to conduct a thorough investigation on who are the persons responsible for allowing the contraband inside the jail.

He said the people should know who are those protecting these illegal activities, in line with the uncompromising pronouncements of President Rodrigo Duterte against drug protectors.

Tumulak said he also hoped that the national government could extend the witness protection program privilege to inmates who might be willing to give information as to who are involved in these illegal acts.

The councilor said he has no doubt that a lot of the inmates inside the city jail were aware of these activities but were just afraid to spill the beans.

At the Capitol, Cebu Gov. Hilario Davide III said the raid at the Cebu Provincial Detention and Rehabilitation Center (CPDRC) was not the last.

(I have long been ordering a purge of the illegal drugs there. The drugs that were confiscated as well as other items and contraband that were found only showed our seriousness in purging the jail of these nefarious activities. And this is not the last one because I will continue this until it will be stopped.)

Davide thanked the Cebu Provincial Police Office and the Philippine Drug Enforcement Agency in supporting the province’s campaign against illegal drugs inside the CPDRC.

Just days before the Greyhound raid at the CPDRC, Davide has announced a “purge” as the jail, which he made on the same day he named himself as the jail’s jail warden following the resignation of Marco Toral, Capitol’s consultant on jail matters. Toral resigned from his post after it was uncovered that cellular phones and other prohibited items have been sneaked inside the province-run jail.

Davide also ordered an investigation against CPDRC jail guards and administrative personnel to find out who among them could be involved in allowing contraband inside the facility.

Read Next
Loot: There’s nothing there