Federalism will not work if corruption is not stopped, says biz exec 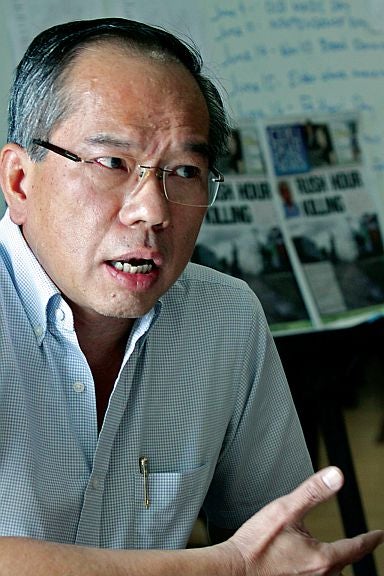 THE proposed constitutional changes seen to promote greater economic growth in the country will be useless if corruption within the government is not resolved, a Cebuano businessman said.

Philip Tan, past president of the Mandaue Chamber of Commerce and Industry (MCCI), said the electorate should first become more mature and for Congress to pass the Freedom of Information bill and the anti-dynasty measures.

“This country wouldn’t need a shift in government system if the people we put in power would only do their jobs well,” he told CEBU DAILY NEWS by phone yesterday.

Tan made this statement as an input on the ongoing discussion on federalism among business leaders that began during the MCCI Business Summit held at the Oakridge Business Park in Mandaue City last week.

While he said he believed a shift to a federal form of government would benefit Cebu and the rest of the provinces outside Metro Manila, he said ending corruption should be the present administration’s greater priority.

“If vote-buying is still a practice, federalism would be useless. We also need to strengthen the FOI and find out whether it has teeth. Also, what shall we do with a federal type of government if dynasties still rule the country? A law preventing that should be implemented at once,” said Tan.

Before Rodrigo Duterte became the president, he has been going around the country advocating federalism — a type of government seen to decentralize public resources and bring inclusive growth to the regions.

Tan said that even if President Duterte would not succeed in his advocacy, he would have achieved a great feat by putting an end to government corruption.

“It’s all good if he’s able to clean the government, which past administrations have failed to do,” he said.

MCCI President Glenn Soco, who supports federalism, said it was high time for more discussions on the issue, as it “is supposed to allocate the resources of the country equitably throughout the countryside.”

He said that if the economic provisions of the proposal are tackled right, a federal system would speed up economic growth and help in achieving the country’s millennium goals, especially in terms of poverty reduction.

Soco foresees that President Duterte’s proposal will go through a long and tedious process in Congress, but he believes it will be a milestone for the administration if they can implement it within this term.