About that neighborhood watch 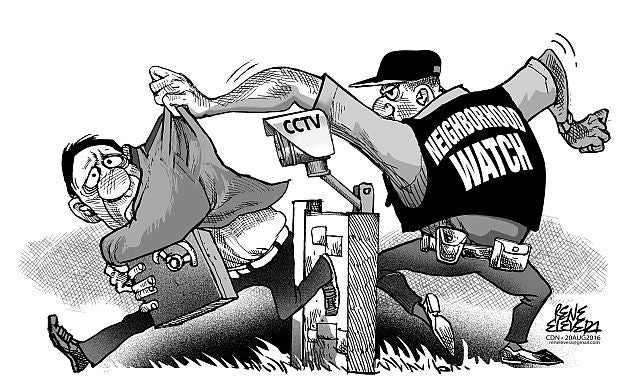 Cebu City Mayor Tomas Osmeña may be accused by his fiercest critics of being arrogant, petty and vindictive but he sure won’t be blamed for lacking in practical ideas and solutions to the city’s most common problems.

After learning that he lost operational authority to run the city police, Osmeña shared in his Facebook page that he will organize a neighborhood watch comprised of both retired tanods and active volunteers that will help patrol the city streets.

Listed among his priority areas of concern in his neighborhood watch program were the call center agents which Osmeña emphasized should be protected since they were the backbone of the business process outsourcing (BPO) firms that have become a steady engine of growth in the city’s economy.

In fact, he said, he will meet with the BPO chiefs to explain his plan. Earlier, he also unveiled plans to place all ambulances assigned at the barangays under the Emergency Rescue Unit Foundation (ERUF), a civilian organization that serves the public regardless of political affiliation.

The neighborhood watch program has at least been considered a “good idea” by Councilor Dave Tumulak, who said it is an effective force multiplier and can help augment the existing network of police and barangay tanods that patrol the city streets and areas not immediately accessible to the riding public.

But as in any good idea, there are some concerns. Osmeña said he got the idea of a neighborhood watch while heading to Los Angeles and in fact he posted photos of himself getting inputs on security from the Hong Kong police.

Zimmerman’s acquittal of the crime despite evidence showing that he carried a gun in violation of neighborhood watch recommendations, sparked nationwide protest among the US African-American community.

The neighborhood watch program on paper is a good idea but as always, there should be stringent requirements in place in order to make it work not only as a City Hall and community-supported and funded program but one that can work to complement the city police force.

We dread any possibility of neighborhood watch volunteers clashing with the city police especially in light of the Duterte administration’s relentless war against drug pushers and users. That said, volunteers should also be screened rigorously to make sure they are of sound mind, body and character since they will likely deal with troublemakers. We do hope that the program meets with success and that the mayor and the people he assigns to oversee it will make it work for the city residents.