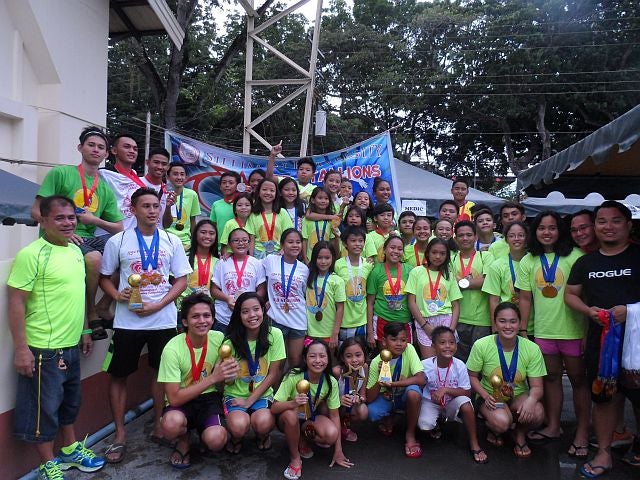 The Cebu Blue Marlins show off the medals they won in the Silliman University Founder’s Day Novice and Competitive Swimfest in Dumaguete City (CONTRIBUTED).