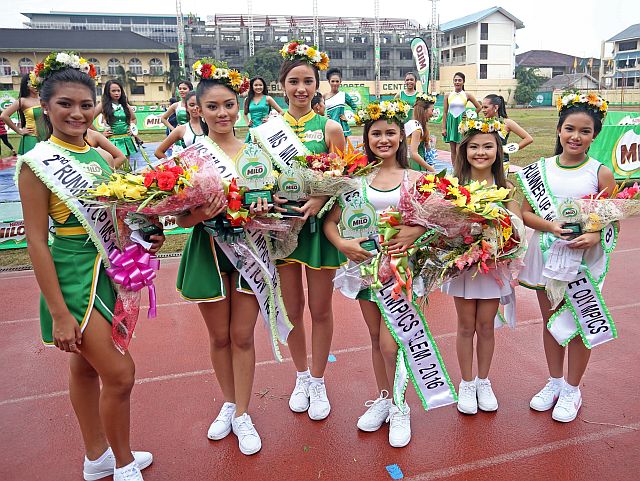 “It’s going to be a tough competition. I think one of the toughest because most of the Negros Oriental schools sent big delegations and I’ve seen their players, they look impressive and very determined,” Ballesteros said after yesterday’s rain-drenched opening at the packed Cebu City Sports Center (CCSC).

“I am sure that we are going to produce new winners this year, new champions,” said Ballesteros.

Bayawan City, Bacolod City and Dumaguete City have fielded around a hundred athletes who will compete in most of the 15 events.

Bayawan City once defeated Cebu City in football in the CVIRAA years ago, and Ballesteros is not discounting the possibility that it will be repeated in the Milo meet.

Meanwhile, Cebuana Olympian Mary Joy Tabal and Children of Asia Games bronze medalist Samantha Limos of the University of Cebu (UC) lit the Urn of Peace and Unity to signify the formal opening of the games while University of the Visayas’ (UV) multi-titled gymnast Daniela Reggie Dela Pisa led the Oath of Sportsmanship.

Amanda Basnillo of USPF placed second in the secondary division while Althea May Uy of ANS Night School finished third.