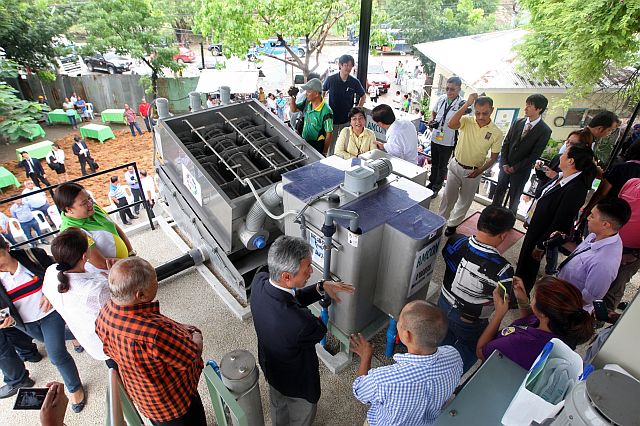 CEBU City Mayor Tomas Osmeña plans to expand his land swap offer to the Cebu provincial government to resolve the long standing 93-1 lot dispute which he and Cebu Gov. Hilario Davide III promised to the settlers.

Aside from the earlier city-owned lots he mentioned, the mayor said he will also include the area where the city’s Septage Treatment Plant (STP) is located.
This includes the plant itself that was donated by a Japanese firm during the time of former mayor Michael Rama.

The mayor said the city will also donate to the province the city’s slaughterhouse located in the North Reclamation Area (NRA) and the city-owned lot in Barangay Pulpogan in Consolacion town.

“No cash. But you can sell that right away. That’s easy,” Osmeña told reporters yesterday.

During the campaign period for the 2016 elections, Osmeña and Davide committed to solve the 93-1 lot dispute within 60 days from their assumption of office.
Their self-imposed deadline is expected to lapse by the end of this month.

The mayor also said that in exchange for the additional properties that the city will give to the province, he will also ask the Capitol for ownership of a certain lot, measuring 2,000 square meters, in Barangay Capitol Site.

He said he plans to build a “proper” barangay hall of Barangay Capitol Site in the lot.

The land is subdivided into more than 4,000 home lots.

Osmeña said the other lots the city will give to the Capitol include a two-hectare lot in the South Road Properties (SRP) near the Association of Barangay Councils (ABC) building, the Cebu City Zoo and the whole Block 27 in the NRA.

The mayor said he doesn’t think the Team Rama-dominated Cebu City Council will block the land swap deal once it gets finalized.

But even if it happens, he said he’s willing to fight for the deal.

“Let them say no. I’ll create a rebellion. I’m ready to mobilize 93-1 against Team Rama. They won’t say no. They’re scared. They are political animals. They know which side of the bread is buttered,” he said.

Read Next
Probe on fence collapse; aid to families sought