USC coach on leading scorer Oleodo: ‘He was born to shoot’ 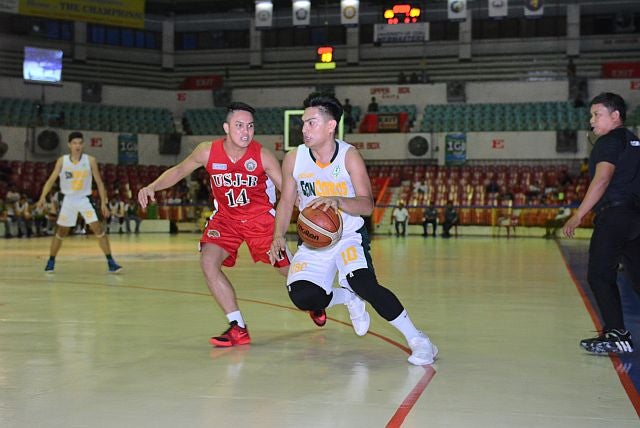 Nine times out of 10, you wouldn’t have said Kevin Peter Oleodo. And that’s just how the sweet-shooting wingman wants it as he has come out of nowhere to help buoy the Warriors to a 5-5 (win-loss) in spite of the fact that USC has lost last year’s title-winning mighty core and is integrating a new system from new head coach Rommel Rasmo.

And it is in that system where Oleodo has thrived, averaging 14.85 points since getting consistent minutes seven games ago. Over the last three games, Oleodo has been scorching hot, norming 20 points per game.

The development is a pleasant one, especially given the fact that Oleodo had barely cracked the rotation in the past few seasons.

Rasmo, in a talk with Cebu Daily News, said that the wide-bodied sniper has always had both the confidence and the skill and that his playing time hinged on his ability to play both sides of the ball.

“When I came on board, I asked around, both the players and the coaches, and they all told me that (Kevin) Oleodo’s shooting skill was in fact, inborn. This player was born with the ability to take and make shots,” said Rasmo, one o f the most successful high school coaches on this side of town who was tapped to lead USC this season.

“But I told him that he has to play defense. He can’t just be placed into the game to take three-pointers. We’re a defensive team and we’re trying to build a defensive identity and it’s important for him to have those types of skills. And I have to give him credit. He has responded well. He has slimmed down and he has improved on that side of the floor,” added Rasmo.

Oleodo is not the only player who has benefited from the confidence Rasmo puts on his players. Rookies Jules Langres and Conrad Catapusan have also flourished this season and Rasmo said that his young guys have earned his trust owing to the hard work they put in during practice.

“They all work hard. They have to but Jules (Langres) is steadily getting his rhythm and (Conrad) Catapusan has been solid for us all season.”