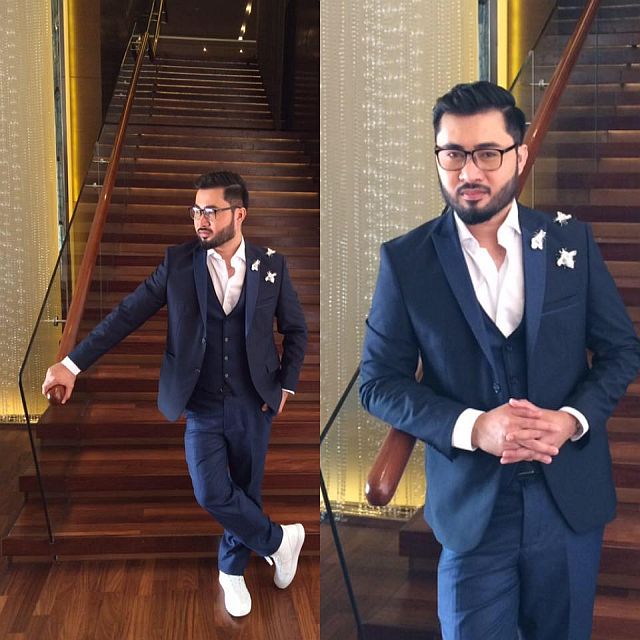 AT 29, Cebuano designer Harvey Cenit is slowly making a name for himself in Dubai.

Now he has added another feather on his cap after he was named Most Promising Fashion Designer of the Year at the recently concluded The Filipino Times Awards 2016.

In a Facebook chat, Harvey told Cebu Daily News, three others were also nominated in the same category.

“I really don’t know why (I won). All I know is that I’m in love with my craft more than anything else. I know we all are but maybe my love is overflowing. And I’m a workaholic too,” Harvey shared.

One of Harvey’s most recent works is dressing up “X Factor UK” contender Ayegee Paredes, which created quite an impression.

Paredes wore Harvey’s “beige top” during the six chairs challenge where she brought the house down with her rendition of the Whitney Houston original “I Have Nothing.”

On his Facebook profile, Harvey posted several Twitter mentions and Facebook private messages from strangers asking if they could get their hands on the beige cream dress Ayegee wore during the talent competition.

Quoting lyrics from the song, he captioned the Facebook screenshots and Twitter chats he got asking about the dress: “I won’t hold it back again, this
passion inside. I can’t run from myself, there’s nowhere to hide.”

Harvey had been designing clothes for eight years in Cebu before he transferred to Dubai in 2013.

He is currently the in-house fashion designer of Al Arousa Al Aniqah.