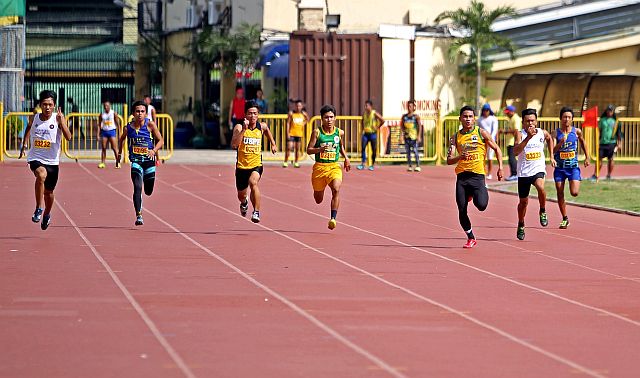 The Warriors ended their stint in the annual school-based competition with a whopping 29 gold medals, 10 they won yesterday from their collegiate and high school bets.

Leading the list of winners in USC’s final-day haul were high school tracksters Mary Joy Loberanis and Seth Abram Pilapil, who bagged three gold medals each in the event.

On the final day of the competition, Pilapil won in the 100m boys run while Loberanis ruled the girls’ 800m run.

Melody Perez led the winners in the collegiate side after topping the 5-kilometer women’s run. USC’s other gold medalists in the collegiate division were Jassieryl Aligato (triple jump women’s), Jossielou Rebalde (100m women’s) and its women’s relay team which topped the 4×400 and 4x100m relays.

Meanwhile, Prince Joey Lee of UC logged a new record in the men’s 5k race by clocking 15 minutes and 34.87 seconds for the gold.

He erased the record of former USPF ace Mendel Lopez, which stood at 16 minutes.

According to the tournament official Lyle Larida, they have to determine the year Lopez logged the record.

Lee’s gold was one of the 13 UC won yesterday.