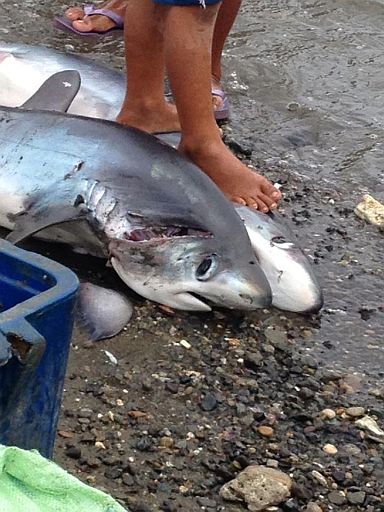 THRESHER and silky sharks and mobula rays will be listed in the Appendix II of the Convention on International Trade in Endangered Species (CITES) of Wild Fauna and Flora.

This after 110 out of 182 countries voted for its inclusion last Monday, said Anna Oposa, co-founder of the Save Philippines Seas who was part of the Philippine delegation that went to South Africa for the presentation.

In her Facebook post, she said, “THE WORLD VOTED YES! Thresher and silky sharks and mobula rays will be listed on Appendix II of CITES, which means that sustainability must be proven before international trade permits are granted.”

Oposa, daughter of noted ecology lawyer Antonio Oposa, said she was “bursting with pride” after the country voted yes and delivered a statement of support for the inclusion of the sharks and mobula rays in the Appendix II.

The 110 countries supported the inclusion of these creatures due to confirmed reports on the decline of the global shark population.