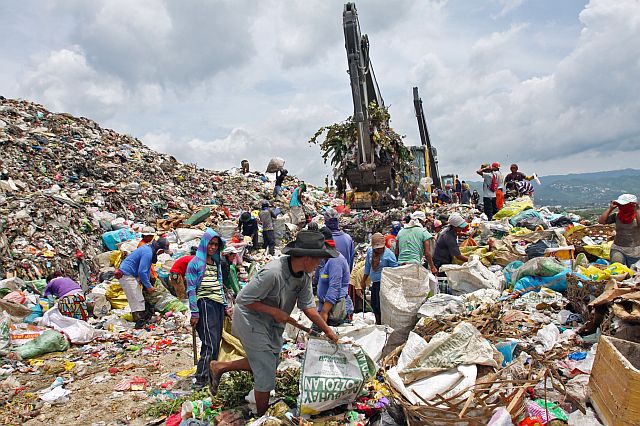 Cebu City Mayor Tomas Osmeña is eyeing a golf course to eventually rise on top of the Inayawan landfill.

He said the city will continue dumping its wastes in the landfill, which he earlier said is still underutilized, until it is all filled up.

Retaining walls will then be built by the city government around the facility in order to keep the mountain of garbage intact, he said.

“We are just in the initial stages where we are going to extend our landfill to about two to three years, build a wall around the area and then cover it. After that, we will turn the landfill into a golf course,” he said in a press conference.

The city will be the one to undertake this, he added.

Initial cost is around P500 million, according to the mayor.
But after readying the site, that’s when the city will bid out the property to interested developers who will convert the area into a 20-hectare golf course, Osmeña said.

“It will be good for those living in the SRP (South Road Properties). They will have a golf course instead of a landfill,” he said.

At the same time, Osmeña said there are also plans by the city to outsource a landfill outside the city.

While doing this, the city will also entertain proposals from different foreign investors in establishing a waste-to-energy facility inside the landfill.

The latest interest came from a South Korean firm whose representatives met with the mayor at City Hall yesterday.

Members of the Korean Trade-Investment Promotion Agency (Kotra), a company which is 70 percent owned by the South Korean government, met with Osmeña and some other city officials yesterday to talk about their different programs in relation to solid waste management.

“There are many offers, but this is one of the major ones. They will utilize the incoming garbage. They’ll process it. They will convert it to energy and recover what can be recovered. What will remain is only 10 percent of the garbage which can be used as sanitized filling material or whatever,” Osmeña explained.

He said the city has entertained over ten different interested investors for the Inayawan landfill although none of them has submitted formal offers to the city government.

He said Kotra will be submitting one as soon as possible.