Rising unsolved deaths: ‘When will it end?’ 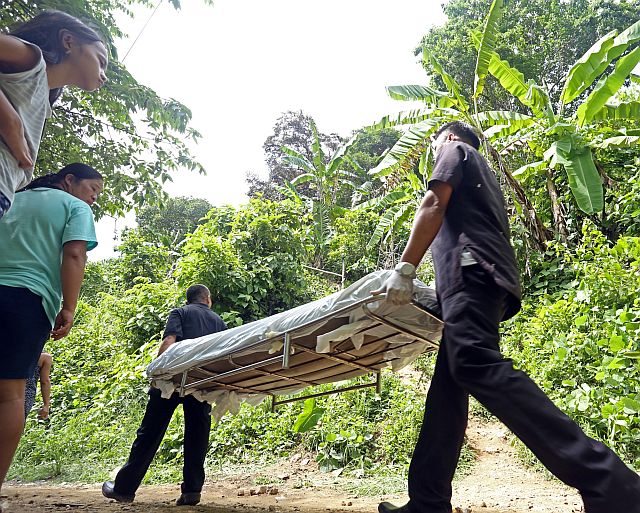 Patricia Sedeño, 50, wanted to see her son fulfill his dream of becoming a seaman. But things did not turn out the way she wanted.

SPO2 Reynante Nioda, a member of the Special Weapons and Tactics unit in Cebu City, claimed Jerald tried to shoot him and PO2 Arnold Cabildo.

Their claim was belied by Jerald’s family who said the young man was taking a bath when the police arrived.

They claimed that Nioda, a former neighbor of the Sedeños, had no search warrant but searched Jerald’s bedroom supposedly to look for a gun. Failing to find one, Nioda and Cabildo brought Jerald outside his house. Within minutes, bursts of gunfire rang out.

Nicolasa, Jerald’s 74-year-old grandmother, rushed after them with a cane in her hand but was too late. She found Jerald lying face down on the ground. The two policemen, she claimed, casually planted a gun at the right side of Jerald’s body and a small plastic sachet on the left.

Jerald’s mother also came rushing to her son’s side and could not believe what she saw. “I didn’t know what hit me. How dare them take the life of my son!”

Autopsy report showed that Jerald was shot twice in the chest and another in the left shoulder. He also had abrasions on the forehead, nose and upper lip.

“I want justice for my son. I will not stop until we’ll have it,” said the grieving mother who filed a complaint against the two policemen at the Commission on Human Rights (CHR).

The CHR last week facilitated the filing of murder charges against Nioda and Cabildo at the Office of the Ombudsman-Visayas.

While Taliño was quick to emphasize that he will not tolerate abusive policemen, including those involved in extrajudicial killing of suspected criminals, he was quick to say that he would rather have dead criminals than allow policeman to get hurt or killed during anticrime operations. 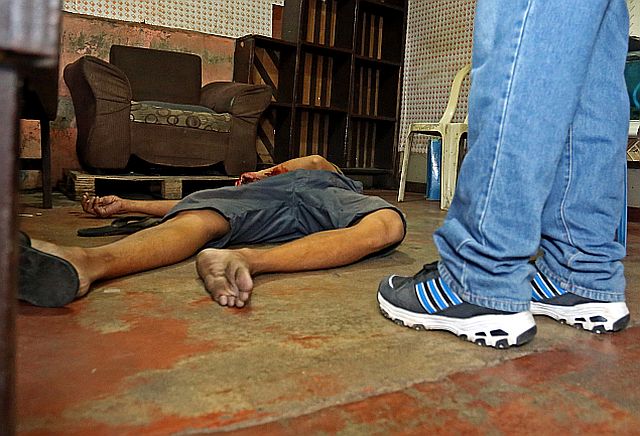 A homicide investigator of the Cebu City Police Office stands beside the lifeless body of Alfredo Domingo, a suspected shabu user in Villagonzalo ll, Barangay Tejero, who was killed by an
unknown assailant on June 9, 2016 (CDN PHOTO/LITO TECSON).

“You know that those into illegal drugs are paranoid. If they hear any commotion, they think they are being hunted down. They are willing to shoot it out with the police,” he added.

Based on the records of the Police Regional Office in Central Visayas (PRO-7), 113 drug suspects were killed in an alleged shootout with policemen in the provinces of Cebu, Siquijor and Bohol from July 1 to Oct. 3.

At least 130 other drug suspects were gunned down in Central Visayas by still-unknown assailants since President Rodrigo Duterte assumed office in July. These cases were docketed as “Death Under Investigation” by the police.

The CHR in Central Visayas was investigating at least 40 cases of suspected extrajudicial killings of drug suspects. The investigation was stemmed from an order by lawyer Diana de Leon of the CHR’s Human Rights Protection Office in Manila for its regional offices to investigate what could be cases of summary executions.

Leo Villarino, CHR-7 chief investigator, said there were 172 cases of alleged extrajudicial killings in Central Visayas, but the agency sent subpoenas to only 40 police units.

“We prioritize cases based on the availability of witnesses and the willingness of the victims’ families to cooperate,” Villarino told the Inquirer.

However, only eight complainants asked CHR-7 to conduct an investigation on alleged extrajudicial killings.

Villarino admitted it is difficult to put up a solid case against unknown assailants because “we don’t have a starting point” like a witness.

“The fact is several witnesses won’t cooperate for fear of getting killed,” he said.

Villarino said the drug-related killings have been “alarming” since President Rodrigo Duterte was elected in May.

“Before, drug suspects were killed solely in police operations. But now, deaths involving unknown assailants are rising. And we’re not seeing any decline in the killings,” he said.

Law enforcers should solve these killings; otherwise, he added, people might think they were behind it.

“To those who support the series of killings, let me ask you up to what point or up to how many do you say that it’s already alarming? One thousand, two, three, four thousand or a million deaths?” he said.

“We want our country to be drug free. But what’s happening now is we’re also eliminating people in our land. The sad thing is most of those killed were poor. The drug lords continue to do what they do,” he lamented.

Read Next
ON TO SEMIS