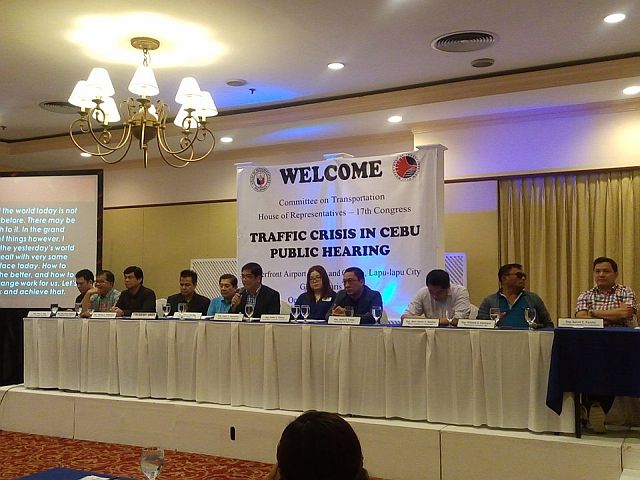 The congressional transportation committee hopes that the bill granting President Duterte emergency powers to solve traffic in Metro Manila and other highly-urbanized cities in the country will be passed by year-end.

Catanduanes Rep. Cesar Sarmiento, committee chairman, called on local government units to be stricter in the enforcement of their respective traffic ordinance and the public to be more disciplined in obeying traffic laws.

“This goes for all places … Everybody must cooperate,” he told reporters during a public consultation at the Waterfront Airport Hotel and Casino in Lapu-Lapu City, Cebu on Saturday.

The committee was in Cebu to determine the scope of the traffic problem here and come up with solutions fit for the needs of the metropolitan.

Among the solutions proposed by the committee to address Metro Cebu’s traffic crisis is route rationalization, which involves the conduct of a traffic management plan with data on the movement of people and goods.