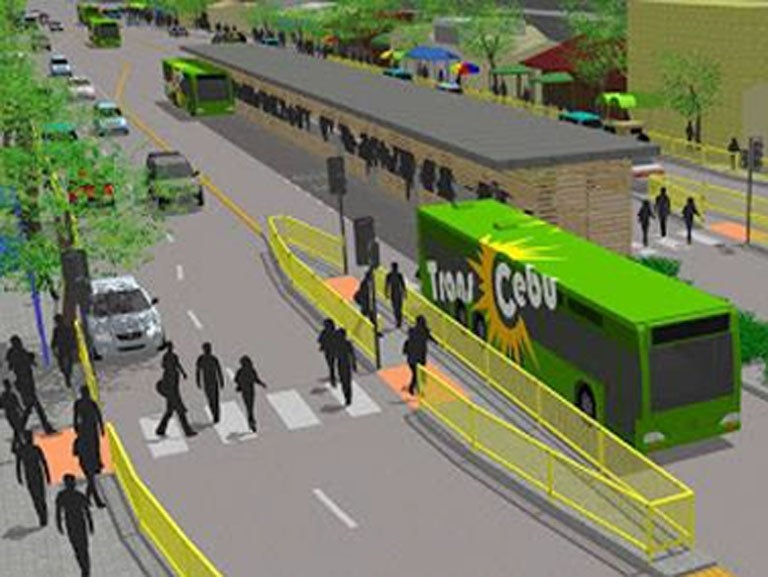 He said pushing through with these projects, which were bared by Presidential Assistant for the Visayas Michael Dino during last Saturday’s public hearing on the granting of emergency powers to President Rodrigo Duterte, might cause the stoppage of the Cebu Bus Rapid Transit (BRT) project.

“You know what’s going to come up next, what I suspect? They will stop the BRT,” Osmeña said as he anticipated Dino would say “we’re going to do our study which would include the LRT.”

“That’s why I don’t like working with these people. Samok kaayo ba,” he told reporters.

Asked why he thinks the national government, through the Office of the Presidential Assistant for the Visayas (OPAV) might stop the BRT project, he said, “Because these people are malicious.”

He added that if they really want to establish an LRT system in the province, they can do what it takes to push through with their plans, including stopping the BRT project.

Yap said that the BRT and the proposed LRT can co-exist.

“Right now, there’s no indication that the BRT or LRT are conflicting with each other. As a matter of fact, in the JICA road map study, it was shown in the short, medium-term plans that the BRT is one of the activities to be pursued,” he said.

He added that the BRT project is already included in the budget of the Department of Transportation (DOTr) for 2017.

Although it was not extensively discussed during last Saturday’s public hearing, Yap said that the proposed LRT system will cater more to the demands on the province side and not for Cebu City whose traffic problems would be alleviated by the BRT project.

“We’re confident that the BRT will still push through notwithstanding the master plan,” Yap said.

Currently, he said they are already preparing for the procurement proceedings for the construction of the first phase of the BRT which will be in the Osmeña Blvd. corridor as well as in the South Road Properties (SRP).

Yap said the construction package they will be procuring would include the road concreting of the Osmeña Blvd. which is currently asphalt. It will also include the road improvements in the SRP for the BRT.

Yap said they hope that the construction package can be bidded out by the last quarter of this year.

Alongside the procurement proceedings, he said they will also be working on the road right-of-way (RROW) acquisition for properties that will be affected by the project especially in terms of road widening.

Yap added that in a recent executive session with the city council, he asked for the council’s assistance in facilitating the authorization of Mayor Osmeña to undertake the RROW acquisition proceedings for the BRT, using funds from the DOTr.