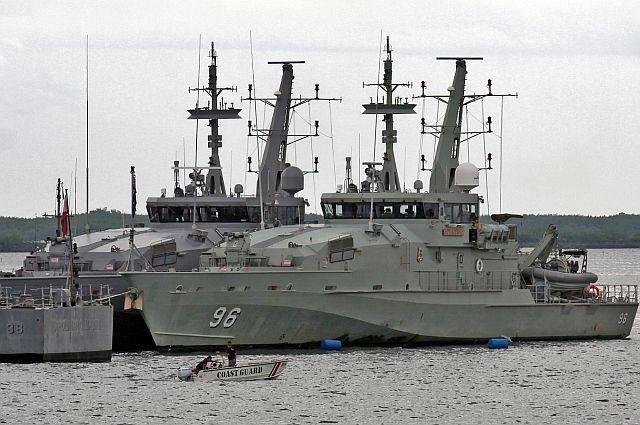 The two Armidale-class patrol boats, HMAS Glenelg (ACPB 96) and HMAS Larrakia (ACPB 84) will be in Cebu until October 21 for the naval exercise.

The patrol boats will be used as floating assets for different trainings, which the two navy groups will jointly undertake.

Lt. Bennet Christian Nuevarez, spokesperson of Navforcen, said the exercise will benefit them because of the more advanced training of their foreign counterpart.

Nuevarez said that other government agencies such as the Maritime Police, Bureau of Customs and Philippine Coast Guard, National Intelligence Coordinating Agency, Bureau of Quarantine, Bureau of Fisheries and Aquatic Resources, Philippine Drug Enforcement Agency, Provincial Risk Reduction and Management Council and Cebu Port Authority whose functions involved in the maritime operations to deter human trafficking, entry of illegal drugs and some contrabands, will also participate.

One of the highlights of this year’s exercise is the visit, board and seizure exercise which was conducted yesterday in the seawaters of Camotes Island.

Captain Antonio Palces, the deputy commander of Navforcen, is the exercise director of this year’s Exercise Lumbas, with Commander John Brown as his Australian counterpart. Exercise Lumbas 2016 will be conducted at Navforcen’s jurisdiction.