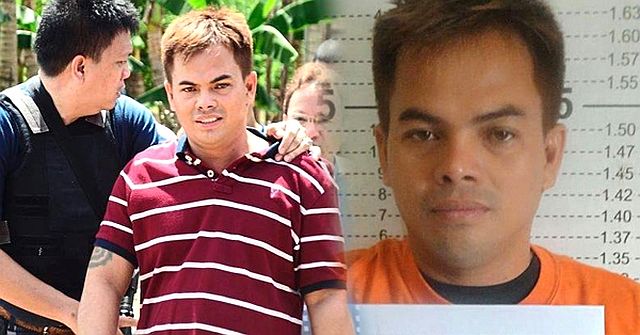 At a press conference in Camp Crame, Dela Rosa said Espinosa was arrested in Abu Dhabi at about 2 a.m. Monday (Manila Time) in an operation conducted by the Abu Dhabi police and the PNP Anti-Illegal Drugs Group (AIDG) in coordination with Interpol.

Dela Rosa said Filipinos working in Abu Dhabi saw Espinosa and reported his presence to him.

The PNP chief said Espinosa is now under the custody of the Abu Dhabi police for processing.

As soon as the documentary requirements for his arrest are completed, the police chief said Ferro’s team would immediately bring Espinosa back to the Philippines.

The Department of Justice (DOJ) is considering Espinosa Jr. as a possible witness against Senator Leila De Lima.

“If he passes the assessment of the Witness Protection Program (WPP), then we are going to offer immunity to Kerwin,” Justice Secretary Vitaliano Aguirre II said at a press conference.

On Wednesday, the Leyte police filed criminal complaints against the Espinosas, De Lima and seven others, including a Cebu town vice mayor and three media men allegedly involved in Kerwin’s drug syndicate.

Chief Insp. Jovie Espenido, Albuera police chief, said Kerwin would be asked to explain the names in the ledger, who allegedly received money from his illegal drugs operation.

In his affidavit, Adorco said he met De Lima last March in Baguio City where Kerwin and the former justice secretary had their photo together at the Burnham Park.

Kevin, on the other hand, said he met De Lima at Dampa restaurant where she had dinner with Kerwin who agreed to help her in her campaign for the May 2016 elections.

De Lima is currently facing a case for violation of the Dangerous Drugs Act for allegedly receiving money from high profile inmates at the New Bilibid Prison (NBP).

The DOJ is set to conduct a preliminary investigation on the complaints filed by the Volunteers Against Crime and Corruption (VACC) and former officials of the National Bureau of Investigation (NBI).

Aguirre said they are currently studying if the DOJ can pursue De Lima’s case or the case should be turned over to the Office of the Ombudsman, the body that has jurisdiction over all government officials and employees.

He said it is possible that the DOJ can assume jurisdiction since the case is not graft and corruption but drugs.

“Just like in the case of Senator Lacson [referring to the Dacer-Corbito case], it was De Lima herself who prosecuted the case and who appealed the case before the Court of Appeals that dismissed the case . . . meaning to say that particular case, not being an anti-graft case, the DOJ and the RTC (Regional Trial Court) has primary jurisdiction,” Aguirre explained.
“We will study that very well,” Aguirre said.

Mariel Espinosa, Kerwin’s sister who served as personal secretary of her father, Mayor Espinosa Sr., said the family would issue a statement in due time. The siblings, Mariel, April and Rolan Kevin were visibly relieved that their brother Kerwin was alive and would be brought back to the country.

Also included in the warrants was Mayor Espinosa Sr. who is now detained at the sub-provincial jail in Baybay.

The first warrant was for possession of 11 kilos of shabu recovered during a search in the mayor’s house in Barangay Benolho, Albuera on Aug. 10.

Another was for the cache of firearms found inside the young Espinosa’s house located beside his father’s mansion last July 28. The two others were for violations of the Comprehensive Dangerous Drugs Act of 2002 and for illegal possession of firearms and explosives.

Espenido said Kerwin would be brought to the Baybay court that issued the warrants once extradited to the Philippines from Abu Dhabi.

Dela Rosa earlier said Kerwin’s source of shabu was drug lord Peter Co, who is detained at the NBP.

Espenido said Kerwin could explain the participation of the names found in his ledgers and whom the police chief dragged to court and to the Office of the Ombudsman.

These people were accused of receiving either protection or grease money from Espinosa, who allegedly ran the biggest drug ring in Eastern Visayas composed of Leyte, Southern Leyte, Samar, Eastern Samar, Northern Samar and Biliran.

Taliño said he’s expecting Kerwin to identify his “protectors” in the coming days.

Macanas was relieved from his post as director of the Cebu Provincial Police Office while an investigation was being conducted against him.

“We received information but until now, we don’t have concrete evidence to prove that there are policemen (from Cebu) who are involved in the illegal drugs trade. But everybody knows that he (Kerwin) started operating in Cebu before he transferred to Leyte,” he said.

“They got him? He’s abroad? Oh, good. I’m impressed,” he told reporters on Monday.

He then lauded the Duterte administration’s relentless fight against illegal drugs, saying that the President is “breaking the back” of the drug menace in the country.

And while President Duterte’s campaign promise was to address the problems of illegal drugs and criminality within the first six months of office, Osmeña said the results are already convincing.

“There is a saying that a chain is only as strong as its weakest link. And our weakest link in our country is drugs, and you can’t make up for it by strengthening other links. This is what he’s doing. We have a President who’s like a warrior who gets into the drug menace head on,” Osmeña said.

Read Next
PB confirms calamity status due to dengue