Mandaue traffic expected to worsen due to roadwork 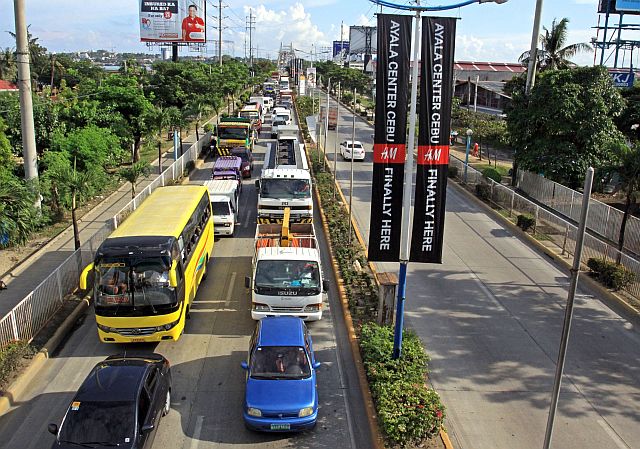 Traffic at UN Avenue in Mandaue City going to the Marcelo Fernan Bridge is expected to worsen because of road-concreting works which starts today. (CDN FILE PHOTO)

Traffic congestion at UN Avenue and other connecting roads is expected to worsen as DPWH starts road concreting today.

The asphalted road portion from corner DM Cortes and UN Avenue stretching 300 meters towards the bridge and its opposite lanes will be concreted.

According to Glenn Antigua, chief of Operations of Traffic Enforcement Agency of Mandaue (Team), they were informed last Tuesday by DPWH that the project would start within the week, although it was already queued with other road-concreting projects in Mandaue City.

Each lane takes about five to seven days to cure before it can be used by motorists. The project is estimated to be completed within a month.

Antigua said there are no changes so far in traffic routes, but he urged motorists to plan their trips and avoid the area during peak hours because UN Avenue will be affected by the concreting project.

The P13.91 million rehabilitation/improvement project is expected to be completed by the third week of November.

Antigua asks motorists and the riding public for patience and understanding and bear with the city government as this will ultimately redound to the welfare and benefit of everybody.

He said, they already coordinated with the City Traffic Management System (CTMS) through Mario Napoli, OIC Traffic head of Lapu-Lapu City to monitor traffic flow and remedy problems on the streets to achieve free-flowing traffic in two bridges.

He added now is the best time to implement the concreting project and finish it before the Christmas rush and the big events in January for Sinulog and Asean Summit early next year.