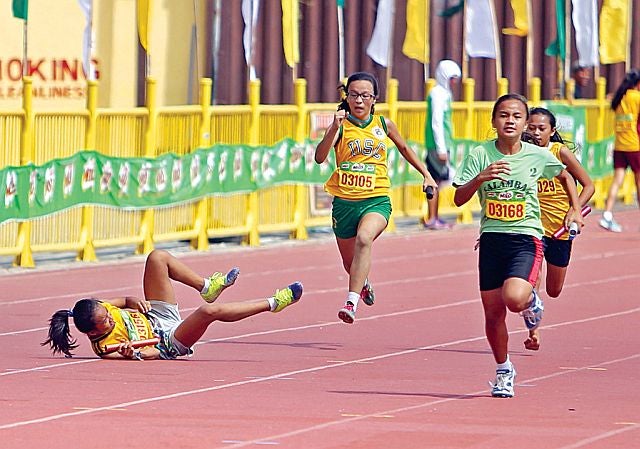 The DEpEd Cebu City clarified that only medal winners in the upcoming Cebu City Olympics will represent the city to the Batang Pinoy National Finals in Davao.

The initial confusion as to which athletes Cebu City will be sending to the POC-PSC Batang Pinoy National Games was immediately resolved after the DepEd Cebu City decided to send to the national finals the medalists of the Cebu City Olympics meet slated from Nov. 10-13.

The 2016 POC-PSC Batang Pinoy National Games will run from Nov. 27 to December 3 in Davao Del Norte and Tagum City.

The confusion started after some quarters believed that the city, like last year, will also be fielding volunteer athletes of the Cebu City Sports Commission’s (CCSC) grassroots program.

Gocotano said that she met with other DepEd officials and they decided to instead send medalists of the Cebu City Olympics to the BP National Finals.

CCSC is planning to send around 290 athletes for the national finals a far cry from the 400-strong delegation it fielded when it hosted the National Finals last year using volunteer athletes from the CCSC’s grassroots program.

Gocotano however, is not closing the possibility of tapping CCSC’s volunteer athletes but clarified that they will prioritize medalists of the Cebu City Olympics.

“We will prioritize the winners and medalists of the Cebu City Olympics because that’s what we agreed upon during our meetings,” Gocotano told CDN.

She is also worried about the kind of training that the qualified athletes will get, considering the proximity of the Cebu City Olympics and the BP National Finals.

The athletes have only two weeks to train but since they come from a big athletic meet like the Cebu City Olympics, Gocotano expressed confidence that this set-up would somehow compensate for the little time to prepare.

“They only have a short time to prepare but I think these athletes will be ready,” added Gocotano.

She also revealed that the P3,000 subsidy from POC-PSC for the first 75 athletes per delegation will be divided equally among the total number of athletes the city will be sending to the meet. Add to that the cash incentives for the medalists of last February’s CVIRAA meet held in Naga City, south Cebu which have already been distributed.

Read Next
A better way of dealing with garbage