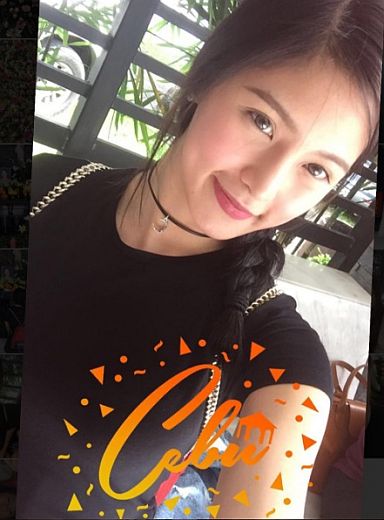 As celebrations for All Saints’ Day and All Souls’ Day were underway yesterday, Cebu Daily News sent its staff to all major cemeteries to photograph public figures visiting their dead.

One such personality was Kim Chiu, who along with her relatives, was spotted at the Cebu Memorial Park (Cempark) visiting her deceased mother.

A member of CDN’s editorial staff, quietly approached the Chiu mausoleum, introduced herself and respectfully asked her companions, who were by the road, if she could take a photo of the celebrity explaining that this was part of CDN’s All Saints Day coverage.

As CDN understands the need for privacy, it would have been perfectly fine for Chiu to decline even though other celebrities (more famous than Chiu) had no problem having their photos taken.

But what followed left the CDN editor in shock.

Chiu, who on television appears very sweet, was utterly rude; giving the editor a smirk from where she stood as Chiu’s companion whispered to her CDN’s request.

Without as much as acknowledging the presence of the visitor, Chiu, through her aide, curtly tells CDN to “grab her photos from IG (Instagram).”

And as though that “attitude” was not enough, Chiu moves closer to the editor, ignores her but nods to the person standing right beside, who must have been Chiu’s dad.

“Ali, Pa! (come here dad),” she said, this time, her eyebrows crossed in a frown.

Chiu then poses for a private photo with her dad and sister in front of her mother’s grave while smiling like an angel.