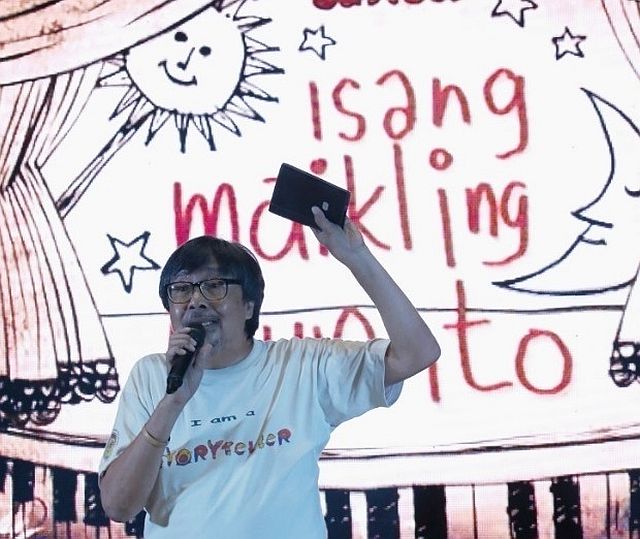 TO a generation of Filipinos, the name “Kuya Bodjie” evokes happy childhood memories of mornings spent listening to captivating stories on the children’s TV show Batibot. So much so that when they see him in public, they feel excitement akin to seeing an old friend.

“It feels great that they still recognize me, 32 years after the first Batibot episode aired. Now I fully appreciate how deeply I had connected with them when they were kids. When they see me, they don’t remember me as a showbiz personality. It’s like I am their old friend,” said Luisito “Bodjie” Pascua, who for years acted as Batibot’s chief storyteller.

He shared that people keep thanking him for making their childhood more colorful. “They also tell me, ‘I do with my kids what I saw you do on TV.’ That is the best feeling, knowing that you’ve taught people how to connect with the next generation.”

Pascua encourages parents, aunts, uncles, and teachers to maintain a storytelling tradition with the children in their lives. He said studies show that good storytellers promote empathy among their listeners.

“My grandfather was a very good storyteller. It was from him that I learned about the story ‘Ang Pagong at ang Matsing’ (The Tortoise and the Monkey by national hero Jose Rizal). At five years old, I already had basic thoughts on fairness and justice because of that story. Stories don’t just let you learn, they make you feel. That’s why there’s such a hunger for them,” he said.

Pascua shared that a lot of people told him that they missed watching Batibot and other curriculum-based shows on TV.

The good news is that Batibot is back as a mobile application that can be downloaded for free on Android devices.

Mobile operator Smart Communications partnered with the Community of Learners Foundation and developer OrangeFix to create the digital reincarnation of the well-loved TV show.

The Batibot app nurtures children’s love for storytelling through its “Kuwentong Batibot” feature. This enables children to watch stories in Filipino, with the aim of establishing a firm foundation for early and emergent literacy.

Through fun-filled games such as the Batibot classic “Alin ang Naiba?”, children in their formative years can also learn basic concepts like matching, sorting, and grouping. They are shown how to identify shapes, colors, numbers, the alphabet, and letter sounds. The children can also practice tracing letters with the proper strokes.

The Batibot app is the first learning app in Filipino that is aligned with the national kindergarten curriculum of the Department of Education. More information on the app can be found on the Batibot page on Facebook.