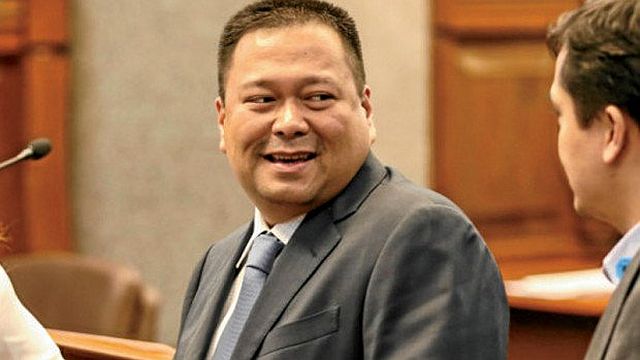 To spare the Senate from any controversy, Senator Joseph Victor “JV” Ejercito said he would go on “forced vacation” starting Tuesday next week.

“I want to spare the Senate from any controversy, so I will go on ‘forced vacation,’” Ejercito said in a text message to reporters on Friday.

This, after the Supreme Court’s decision upholding the preventive suspension order issued by the Sandiganbayan against him for the alleged anomalous purchase of firearms when he was still mayor of San Juan City in 2008.

But before going on “forced vacation,” Ejercito said he would deliver a privilege speech first at the Senate when its sessions resume on Monday.

He said he would serve his suspension “not because I am guilty of any wrongdoing but because I want to show respect and obedience to the courts.”

“My conscience is clear. If I will be punished because I wanted to protect and save the lives of my constituents, then so be it,” the senator added./Inquirer.net