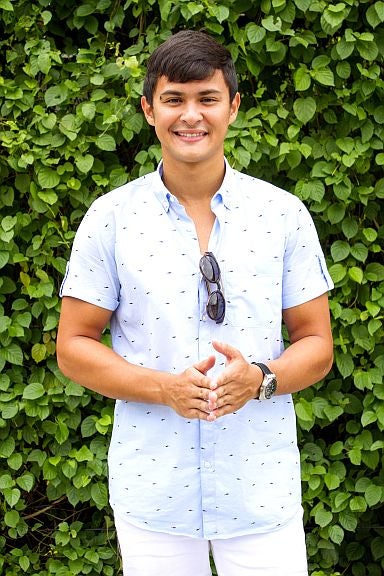 MEETING Matteo Guidicelli is like bumping into a friend that you haven’t seen for years, and yet the warmth of the conversation and the mood of your encounter remain the same — easy, light and engaging.

For 10 years in the entertainment industry, spending most of his life surrounded by Filipino speakers, Matteo has never lost that Cebuano endearment bai, which he uses when talking to friends and workmates.

“When I go to Manila, I call most of my friends bai, and then they ask,
’Ano ba yang bai na yan?’ Because I never call them pare,” he said in a chat with the press at the family-owned restaurant Trattoria da Gianni in Crossroads, Banilad.

It is this same love for Cebu and remaining true to his roots that prompted Matteo to hold his 10th anniversary concert here, aptly titled #MatteoMadeInCebu.

To be held at the Grand Pacific Ballroom of the Waterfront Cebu City Hotel and Casino on Nov. 18, the concert will be for the benefit of kids with cancer.

Matteo might have started being known in the karting world, but he eventually found himself in showbiz, appearing in teleseryes and movies, and later recording an album. The epitome of a gentleman, he made his way into the elusive heart of Popstar royalty Sarah Geronimo — a relationship that maintains a good distance away from the spotlight.

But is there anything else people don’t know about Matteo?

Find out more as the actor-singer- triathlete talks about off-cam moments — traveling around the island on his motorbike, his favorite Asturias bibingka, travels with girlfriend Sarah, (do we hear wedding bells soon?) and how his Giancarlo role in the TV series “Dolce Amore” became a way to fulfill a request of his late grandfather
Gianni.

A mix of Top 40s, OPM and some great love songs that I grew up with. When I was still in Cebu, I always listened to old songs, like my favorite “Of All The Things.” I’ll also be singing some VisPop hits and songs from my self-titled debut album, featuring the carrier single “Ipapadama Na Lang.”

You will be performing to a Cebuano crowd. What are your expectations?

Ingon sila ang Cebuano ang pinakalisud nga audience sa Pilipinas, if not in the whole of Asia or around the world. Kay ang mga Cebuanos are very meticulous, pilian kaayo ta ba. I hope they’ll enjoy it. I just want to enjoy the night. It’s like a thanksgiving show. I started in Cebu, began my career here. And I just want to show everyone how proud I am of Cebu. Like wherever I go I still use Cebuano and Bisaya. I would represent our province, our home, our Cebuano culture. 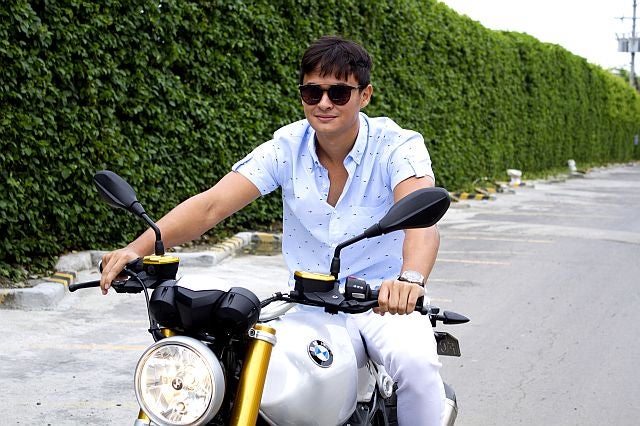 Aside from Martin Nievera and KZ Tandingan, do you have other guests? What about Sarah G.?

(Laughs) She’s not going to perform. I’m not sure if she’s
going to be there, but if she’s free from work, hopefully, she will
be there. Still, I think it’s better that she’s gonna do her own thing while I’m gonna do my own. We’re not gonna overlap, you know. I want to build a name for myself, but maybe in the
far, far future, but not yet.

About the marriage issue, can you give your reaction to that?

What else do you want to do in your career?

There are just things I wanna do, and it matters that she’s there. Like I want to do projects especially for locals, the Cebuanos. I want to do something with Cebuano filmmakers and producers … maybe next year. It’s something that should represent us.

In terms of singing, did you get any formal lessons?

Actually not everybody knows that I started musical theater in college, but I never pursued it because acting was always there. Last year, it was funny because I didn’t want to do “Dolce Amore” initially because I want to focus on my album. But my grandfather Gianni hoped that maybe I should do a movie or a teleserye that’s Italian. And I said that it’s not going to happen because naa tas Pilipinas. But what was weird was when he passed away, two months after, ABS-CBN approached me for “Dolce Amore.” We taped in Venice, where my lolo was from. I think it was destiny.

How would you describe your 10 years in the industry?

Showbiz has been a great part of my life, but my foundation is really in Cebu. Maybe it’s the reason na wa ko na-drown sa showbiz, because I have my support system, my friends and family here. In the beginning of my career, I took everything for granted, but eventually I learned so many things and realized the value of my profession.

Which do you prefer: singing, acting or sports?

Sports is lifestyle to me. But for acting, aside from “Dolce Amore,” there’s another movie coming up in December for the Metro Manila Film Festival. It’s “Across The Crescent Moon,” an action drama with Christopher de Leon, Gabby Concepcion, Sandy Andolong and Dina Bonnevie. It relates to drugs, human trafficking and our police. With music, it’s really different. It’s my love story, when it’s more personal. 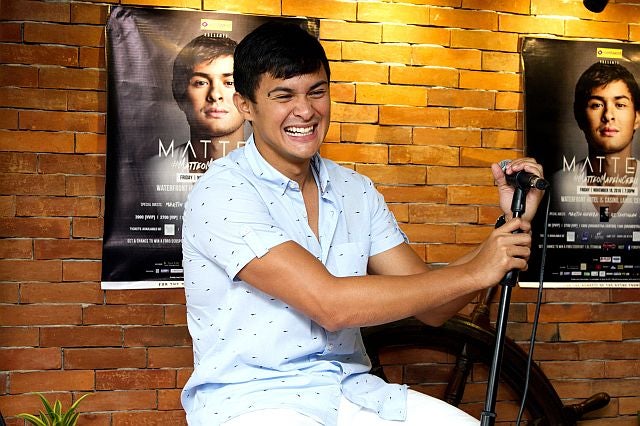 Will you be singing Cebuano songs in your concert?

Yes, and some Cebuano artists will be be there. It will also
feature songs from my album “Ipapadama Na Lang.”

What three achievements are you proud of in your 10 years in the industry?

“Dolce Amore.” It’s not just about the success of the show, it’s because of the role. It’s the most memorable, and it’s close to my heart. It is for my lolo. My first album also; it was five years in the making. And I think, this concert, I’m really nervous because it’s my dream team. There’s Sir Rowell Santiago, Louie Ocampo. I hope it will be a success and we can bring it to Manila.

Your concert is titled #MatteoMadeInCebu. What are you most proud of as a Cebuano?

I have always been proudly Cebuano. When I go to Manila, I call most people there “bai.” And then they ask, “Ano ba ‘yang bai na yan?” Also the Single/Singles of CinemaOne because everyone’s Cebuano, from the cameraman and writers, everybody was Bisaya.

Tell us more about your concert beneficiary, the Kythe Foundation.

It’s a foundation for children with cancer. I’ve been supporting them for some years now. I want to make these kids happy.

How often do you come home to Cebu?

Like once a month, mouli ko. Mag-motor around the island. I love the bibingka here, number one baya na. Lahi man ang bibingka sa Manila kay naay itlog, di parehas sa Asturias … there’s a small kubo along the highway where I buy bibingka.