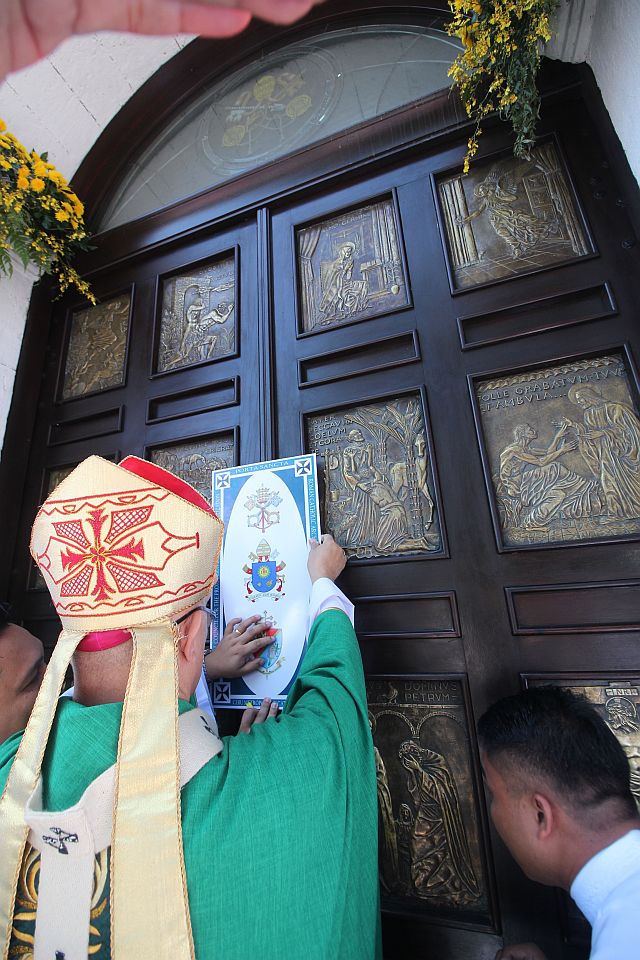 The faithful in Cebu are encouraged to reach out to the people in the periphery of society which included the many prisoners and drug surrenderers, who have not been touched by the blessings and development or progress.

Cebu Archbishop Jose Palma made this call to the faithful after he presided over the ceremony to officially close the Jubilee Door of the Cebu Metropolitan Cathedral.

Palma said that the closure of the Jubilee Door, which was opened last Dec. 13, 2015, has a simple message — that it is a celebration of Christ’s mercy.

“The message is simple — we celebrate and reflect for a year the mercy of the Lord, that the Lord is merciful and happy to forgive us for our sins, and he is happy to take us back in if we return to him,” he said in Cebuano.

“That is our Lord, our merciful Lord,” he said in Cebuano.

Palma said that this is a big challenge to the faithful given the number of people who need God’s mercy.

“This is the challenge to all of us,” he said.

With the increasing number of drug surrenderers in the country, Palma said the church has promised to get involved and to put into concrete practice the challenge of the Jubilee Year.

In essence, Palma said that the passing through the Jubilee Door evokes passage of sin to grace.

“If we look at it, we enter the Jubilee Door, it means that we enter into the bosom of the church,” he said in Cebuano.

“It’s the door of mercy because the church is the instrument of mercy of God. But if we enter and exit through the door, this means that after experiencing God’s mercy, as the saying goes, we bring God’s mercy that we experienced with us and spread it to our brothers,” Palma said in Cebuano.

“Of course, we enter and we leave, but what is important in entering is that we bring with us when we leave God’s mercy and we share it with those who need it,” he said in Cebuano.

Palma said that in the past, the Jubilee Door is opened every 25 years; but after it was opened last 2000, it was again opened this year, as declared by Pope Francis.

Read Next
Only a few came to Espinosa’s wake