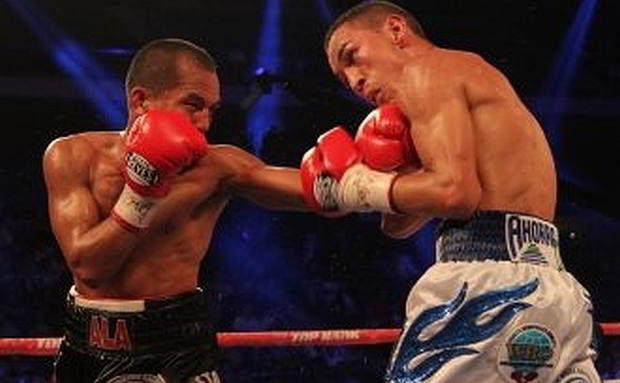 An improved and more polished Milan “El Metodico” Melindo will climb the ring on November 26.

This was the promise of the ALA Gym warrior who will try to win a world title in his third attempt as he headlines Pinoy Pride 39: IBF Junior Flyweight World Championships at the Cebu Coliseum.

Melindo also vowed to silence his critics and most importantly Thailand’s Fahlan Sakkreerin Jr. (31-4-1,16KOs) aware that this could be his final chance to snatch a world crown.

Melindo (34-2,12KOs) told CDN that his main source of motivation are his doubters who keep on bashing him for his failure to win a world title.

“To those who don’t think I can make it, I’d like to thank you for giving me a different kind of motivation. The negative comments I receive motivate me to do more than what I’ve been doing so I could finally be taken seriously as a fighter,” said Melindo. “I’d also like to thank my supporters. I hope they will continue to pray not just for my safety, but for the safety of all Filipino fighters.”

Melindo’s promoter and manager Michael Aldeguer, CEO of ALA Promotions International said that this might be Melindo’s last chance to fight for a world title if he loses. The former however, said he feels no pressure.

“To be honest, I am not too pressured about this fight. I do understand what is at stake here, but I want to assure everyone that I will do my best. This is the first time I’m fighting for a world title here in my very own country and I believe this makes a whole lot of difference. It’s always been my dream to fight a world championship with my fellow Filipinos as the audience,” Melindo said. “The support is there, and it really makes me motivated. What happens in this fight will show everyone how am I as a fighter. This is my make or break chance. If I win, it means I have a chance of becoming a world champion. There’s no reason for me to lose,” said Melindo.

Aside from his critics, Melindo also claimed to have gained enormous motivation from a book about boxing legend George Foreman.

“I read his book where after he lost to the great Muhammad Ali, he came back from retirement and won the unified WBA and IBF, and lineal titles. I believe I have a lot of time left. I know I will be a world champion, just like the others who failed to win the crown in their first or second attempts.”

The Cagayan de Oro City native said that he’s been training for five months for this fight, just a week after his May 28 fight in Bacolod City against Mexican Maximino Flores whom he beat by decision.

He added that they did not change anything in his training but added more techniques and strategies against Sakkreerin Jr.

Read Next
Seno falters in PHINMA