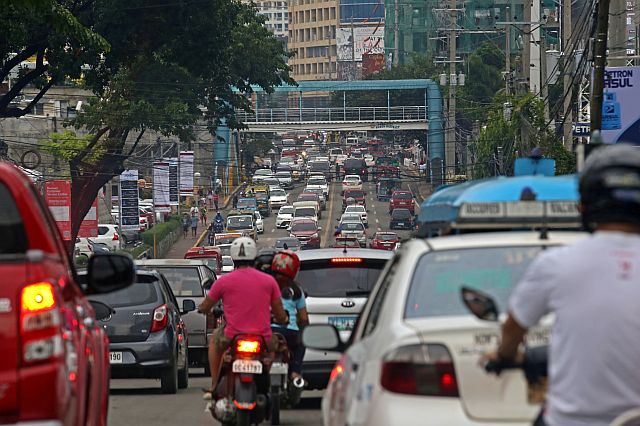 It seems like “experience is the best teacher” insofar as the traffic crisis bill is concerned, which wants public officials to also take public transport.

In a text message on Monday, Catanduanes Rep. Cesar Sarmiento, who chairs the House transportation committee, said the version of the bill which he filed with Speaker Pantaleon Alvarez and Majority Floor Leader Ilocos Norte Rep. Rudy Fariñas would be adopted by the committee as the surviving bill.

Several bills tackling the traffic crisis are being consolidated by the technical working group (TWG) within the committee. Sarmiento said the committee would approve the bill next week after the TWG finishes consolidating the different versions.

“It will be proposed to be adopted as the model bill this Wednesday and will hopefully be approved by the committee by next week,” Sarmiento said.

Cebu City Mayor Tomas Osmeña welcomed the near approval of the bill.

Cebu City Transportation Office head Rafael Yap said it is still important to involve local government units in finding solutions to traffic problems even with the bill’s planned creation of a central authority to management traffic.

“Traffic congestion is a result of development coupled with the lack of transportation infrastructure. Discipline is also an issue. Development is a mandate of the local government but look at the agencies involved in transportation, majority of these are in the national government,” he said.

The Department of Transportation secretary under the bill would be designated as the de officio traffic chief, with “full power and authority . . . to streamline the management of traffic and transportation and control road use in the identified Metropolitan Areas.”

Under the bill, the traffic body will take the lead in the formulation, coordination, and monitoring of policies, standards, programs and projects to rationalize the existing public transport operations, infrastructure requirements, the use of thoroughfares, and promotion of safe and convenient movement of persons and goods.

It will also implement a unified traffic system in each of the metropolitan areas to be followed by all component LGUs and enforce all traffic laws and regulations in the metropolitan areas, including the power to enlist and deputize members of the Philippine National Police, traffic enforcers of LGUs, duly licensed security guards, or members of nongovernmental organizations to whom may be delegated certain authority, subject to such conditions and requirements as the traffic chief may impose.

The bill also said the traffic chief, and the transportation undersecretaries, assistant secretaries and directors of the Department of Transportation and the Metropolitan Manila Development Authority (MMDA), are required to take public land, rail, maritime and aviation transportation, “used by the masses,” at least once a week.