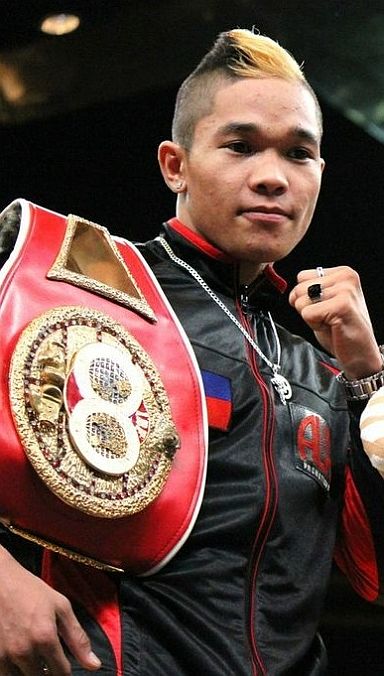 The road to redemption for Albert Pagara is laden with potholes.

And the dynamite-fisted warrior popularly known as “The Prince” is fully aware of the dangers that lurk on November 26 when he battles Ghana’s Raymond Commey (16-3, 9KOs) in a 10-round non title bout in the undercard of Pinoy Pride 39: IBF Junior Flyweight World Championships at the Cebu Coliseum.

For trainer Edmund Villamor, Pagara’s chances of winning will be brighter if he has already picked himself up from that stinging defeat in his previous fight.

Villamor, who has been on the side of the 22-year old Pagara when the latter entered professional in boxing in 2011, said that his ward is slowly moving on and hoping to forget the painful defeat he suffered in the hands of Cesar Juarez last July in the US.

Pagara was winning thar fight when Juarez caught him with a vicious combination that knocked him out in the eighth round.
That fight scarred Pagara’s erstwhile unbeaten record of 26 wins with 18 knockouts and cost him his WBO inter-continental super bantamweight title.

“This fight for Albert is very important. He must win this fight so that he can finally move on and close that dark chapter of his career,” Villamor told CDN.

He added that he has told the Maasin City native to train harder and focus on the fight. “He’s more focused in this fight and I saw a very hard working Albert Pagara who wants to make a blazing comeback. It’s very important to always motivate him and tell him positive things,” added Villamor.

Villamor said that he is very happy that his ward is keeping up with his fellow ALA Boxing Gym boxers in training and has adjusted with the gameplan they have prepared for Commey who won four of his last five bouts by knockout.

Commey owns a fearsome 47 knockout percentage and is the current WBA International super bantamweight champion. “I think he is very ready for his comeback because I saw it in his training and sparring sessions,” added Villamor who also trains two-division world champion Donnie “Ahas” Nietes.

Whether Pagara has picked up the pieces of his painful loss will be known on November 26, when “The Prince” returns to the arena he used to rule with fearless authority.

Pagara is one of the undercard fighters in Pinoy Pride 39 which will be headlined by Milan “El Metodico” Melindo (34-2,12KOs) and Thailand’s Fahlan Sakkreerin Jr. (31-4-1,16KOs).