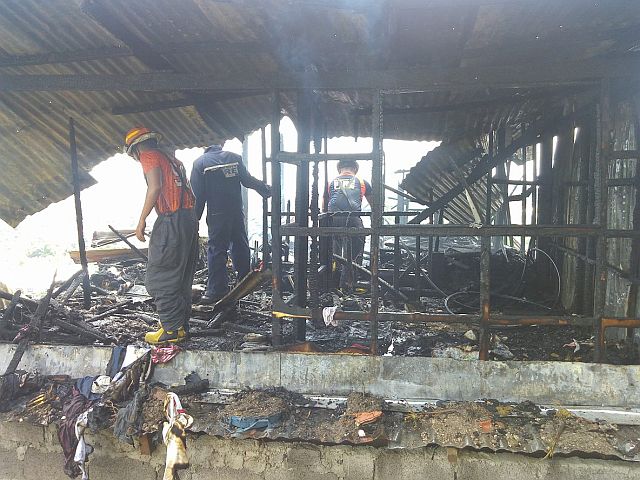 The second floor of a two-storey house in Upper San George, Barangay Guadalupe, Cebu City was destroyed by fire after an electrical wiring in one of the rooms shortcircuited on Tuesday.

The fire alarm was reported around 10:45 a.m. but took 45 minutes to put out as firetrucks were unable to climb the hilly landscape of the area.

Residents then formed a bucket brigade from Caballes Compound to the house located in Upper San George to help firemen put out the fire.

According to SFO2 Leo Magallon of the Cebu City Fire Station, the fire originated from inside the room of Allan Banate, the brother of the house’s owner, Andrew Banate.