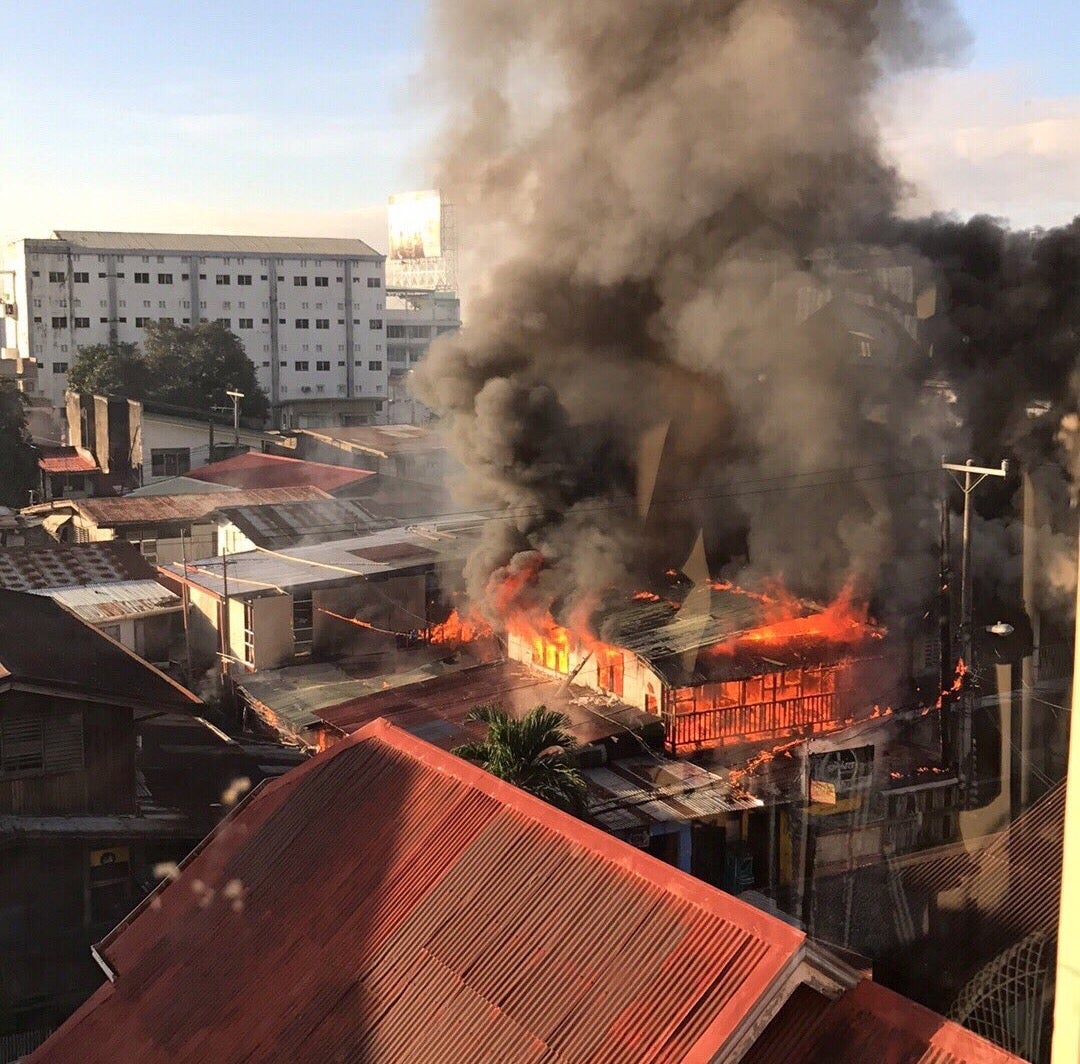 Two houses were destroyed while three others were damaged in a fire in Sitio San Jose, Barangay Sambag I in Cebu City early Monday morning.

The Cebu City Fire Department received the fire alarm at 6:34 a.m. It was placed under control after 10 minutes.

The fire reportedly started at the house of a certain Aquilina Ermac.

Investigators are still verifying the names of the owners of the other houses damaged by the fire.

Dabalos said they are still conducting an investigation to determine the cause of the fire.